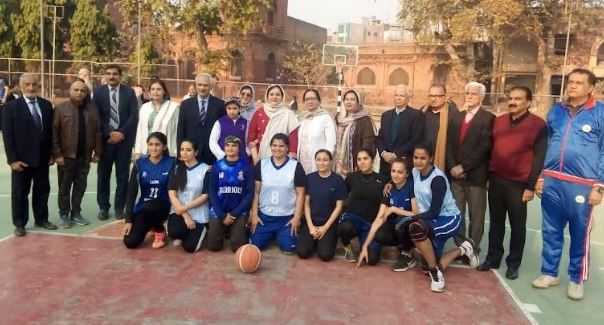 AFZAL JAVED
ISLAMABAD, Dec30: WAPDA “B” annexed the All Pakistan 3X3 Women Basketball Tournament in a close encounter by beating WAPDA “A” by 8-7 organized by Pakistan Basketball Federation, says press release on Thursday.
The final Match was played between WAPDA A and WAPDA B. Both teams showed excellent performance in the final as both teams scored net to net points but WAPDA B got one point edge just before finishing the match by 8-7 to win the tournament title.
Earlier in the semi final round WAPDA (A) beat Frank Five Clubby a score of 11 -4. The second semi final was played between WAPDA (B) and SA Garden. WAPDA B defeated SA Gardens by a score of 10 -7.
Prof. Dr. Asghar Zaidi Vice Chancellor (GCU) was the chief guest of closing ceremony while Pakistan Basketball Federation Secretary General Khalid Bashir and other dignities were also present in the concluding ceremony while Yasir Ghafoor, Naveed Ahmed, Saadat Jehangir conducted the tournament as officials
Pakistan Basketball Federation Secretary General Khalid Bashir also announced the dates for Mahmood Butt Memorial All Pakistan 3X3 Men & Women Basketball Tournaments from 10th to 17th January 2021 to be held at GCU basketball courts Lahore.
The tournament began on December 27 in which 12 teams participated in the tournament.