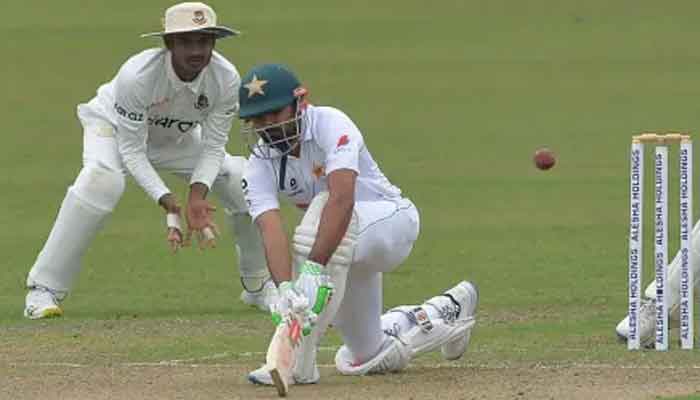 DHAKA , DEC 06 : Rain triggered by a weakened cyclone washed out the third day of the second Test between Bangladesh and Pakistan in Dhaka on Monday.

Match officials called off play at the Sher-e-Bangla National Stadium at 2:00pm, with no chance of the weather improving for the day.

Only 63.2 overs of play were possible over the first two days with Pakistan reaching 188-2 in their first innings, with skipper Babar Azam batting on 71 alongside Azhar Ali on 52.

Both batsmen have rebuilt the innings after Taijul Islam broke through the Abid Ali-Abdullah Shafique partnership by dismissing both openers.

However, Babar and Ali went to work on the Bangladeshi bowlers, driving the ball to the boundary on several occasions and also running quick singles.

Azhar Ali has struck seven 4s from his inning while the Pakistani captain has hit eight 4s and a six in his.

Rain put a damper on day 2 of the Dhaka Test as well, with play eventually being called off Sunday following multiple delays and resumptions.

The play had resumed after lunch, following rain and bad light that saw the morning session in Dhaka cancelled. However, the play had to eventually be called off for the day due to persistent rain and a wet outfield.