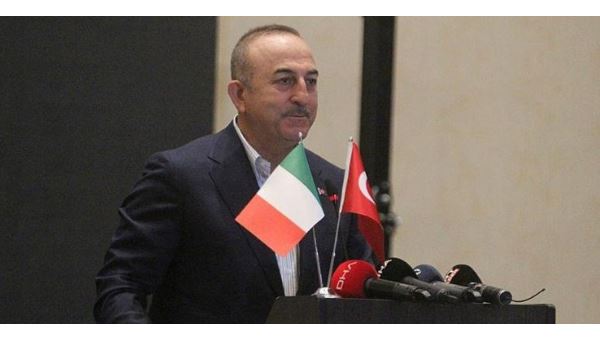 The Turkish foreign minister on Saturday praised Turkey‘s relations with Italy, saying both the countries work together for regional peace and stability.

Mevlüt Çavuşoğlu made the remarks during the inauguration ceremony of the Italian Honorary Consulate in the southern resort city of Antalya.

Reiterating that he meets and holds phone calls with his Italian counterpart Luigi Di Maio often, he said the countries are determined to further improve the relations and increase the bilateral trade volume to $30 billion.

“I believe the consulate will significantly contribute to greater cooperation in both tourism and bilateral relations,” he said.

Çavuşoğlu thanked outgoing Italian Ambassador Massimo Gainai, who was also present on the occasion, for his role in advancing Turkey-Italy relations.

At a recent webinar hosted by Istanbul 29 Mayis University, Gaiani said relations between Turkey and Italy are excellent, both at the political and the economic level.