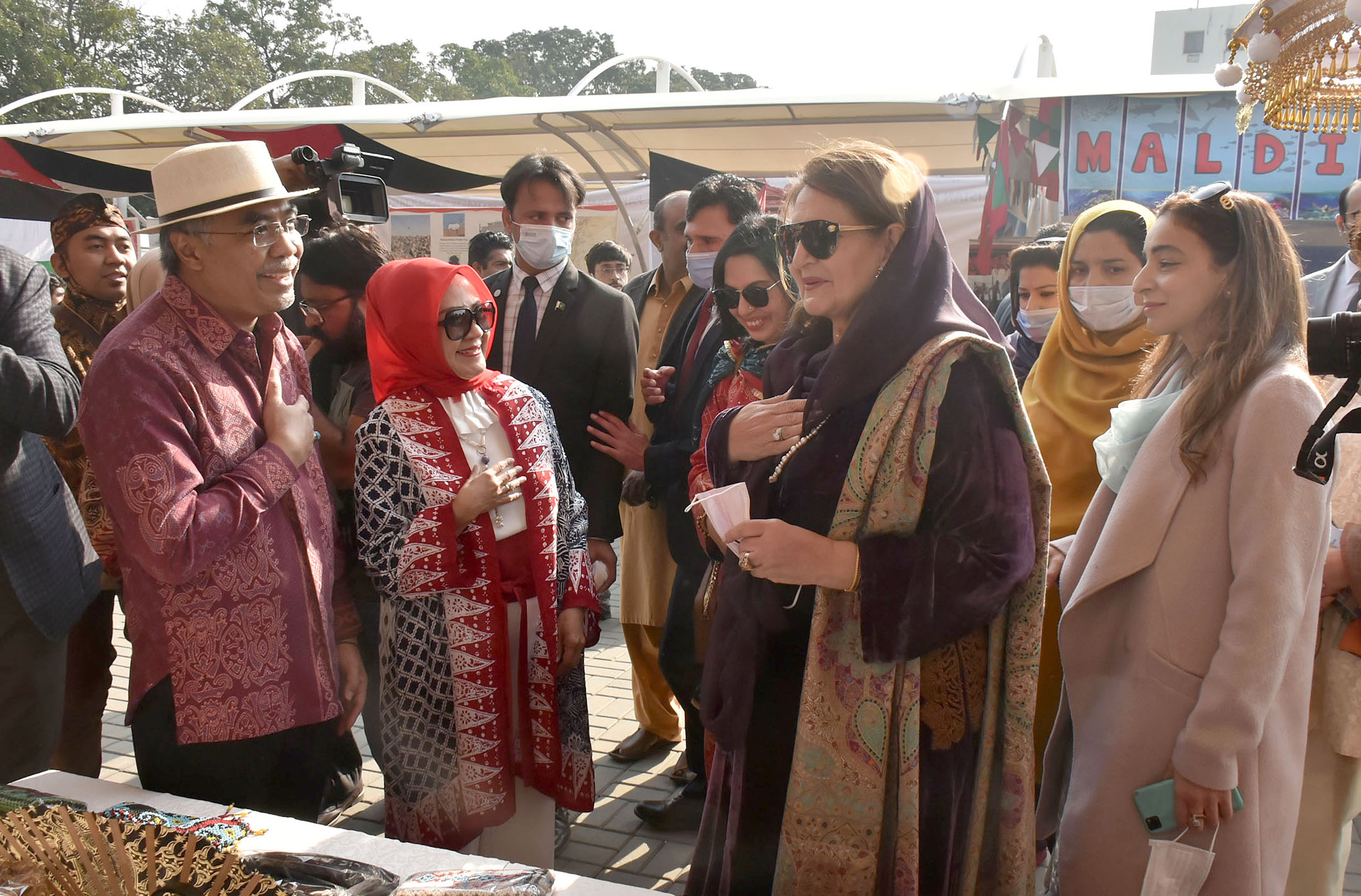 The First Lady, Mrs. SaminaAlvi also visited the Indonesian stall and admired the beautiful and rich culture of Indonesia

ISLAMABAD: The Pakistan Foreign Office Women’s Association (PFOWA) held its annual charity bazaar on Saturday, providing diplomats a platform to raise funds for the underprivileged divisions of their community.

The event was inaugurated by the First Lady Mrs. SaminaAlvi, spouse of the President of the Islamic Republic of Pakistan who was the Chief Guest on the occasion. The First Lady addressed in her remarks that caring and helping others made better human beings, she appreciated and encouraged the joint efforts of the diplomatic corps for a noble cause.

The First Lady, Mrs.SaminaAlvialso visited the Indonesian Stall and admired the beautiful and rich culture of Indonesia. Through this Bazaar, better perception and understanding of the Indonesian culture had been significantly enhanced.

In the Indonesian Stall, where traditional arts, famous Batik dresses, bags, artificial jewelry, felt crafts, as well as traditional dishes of Indonesian cuisine, were presented which fascinated a large number of visitors. The guests were attracted by the culture, traditions, and customs of the Indonesian people and were happy to try the national dishes. Indonesian stall attracted five local TV stations and interviewed Ambassador Tugio and Madame.

The children of diplomatic staffers were dressed in traditional outfits took the stage in a Parade of the Nations and presented tableaus while waving national flags of their countries. The children from Indonesia also performed The Sojojo dance, which is a traditional dance that originated from the Papua region. The dancers used traditional costumes made of roots and leaves. The synchronous movement made this dance exciting to watch.

The President of PFOWA, Ms.MehwishSohail highlighted, “The support of the diplomatic community in raising the fund in this event is highly appreciated. I extend my gratitude to all the participants for participating and presenting their traditional food, traditional products, and cultural dances.”

People from all walks of life participated in the day-long event, making it a massive success. The inclusive participation of diplomatic corps based in Islamabad with their colorful stalls turned the venue into cultural festivities.

The Ambassador of Japan said,“The Indonesian food is very delicious”, the spouse of the Japanese Ambassador said, “She loves Sate Ayam and she was looking to have Sesame Ball sweet but unfortunately it was all sold out.”

The charity event brought together a variety of cultures and became a commendable opportunity to promote harmony and fraternity among the countries. All funds raised in the bazaar will be donated by the Women’s Association of the Ministry of Foreign Affairs of Pakistan (PFOWA) for charitable insistences.