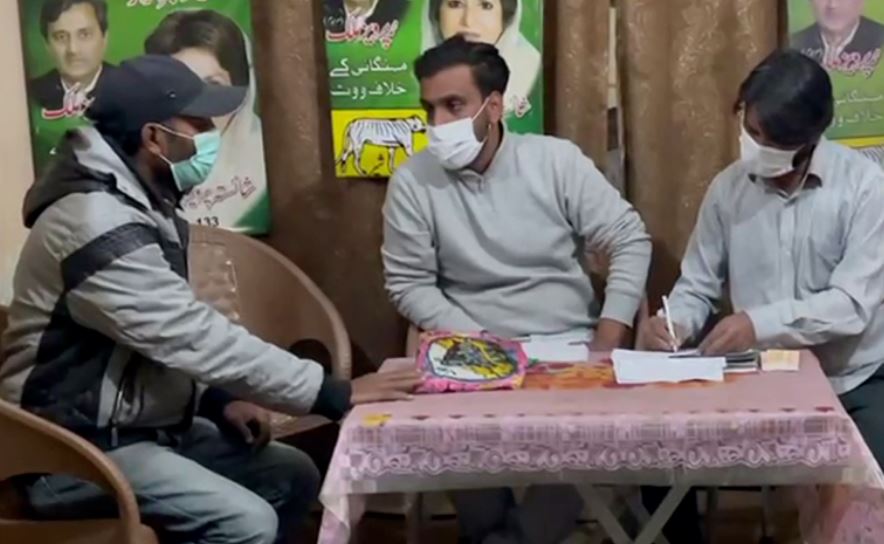 ISLAMABAD, NOV 28: The Election Commission of Pakistan (ECP) has ordered authorities to conduct forensic analyses of recently surfaced video clips and arrest the persons, who can be seen in the videos, distributing cash “for getting on-oath pledges from voters to cast votes” in their favour.

The videos, which surfaced on social media days ahead of the by-election in Lahore’s NA-133 constituency scheduled for December 5, have caused an uproar on Twitter, with PML-N and PPP leaders accusing each other of trying to buy votes in the constituency. The National Assembly seat had fallen vacant after the death of PML-N’s Pervaiz Malik last month.

On Sunday, Returning Officer Syed Basit Ali wrote separate letters to the Punjab Police chief, the National Database and Registration Authority (NADRA), Lahore deputy commissioner and the Pakistan Electronic Media Regulatory Authority (Pemra), drawing attention to the footage and seeking more information about the persons seen in the video clips in order to take action against them.

In his letter to the Punjab IGP, RO Ali ordered police to carry out forensic analyses of the videos in order to ascertain their authenticity as well as their origin. The letter also directed the police to identify the people visible in the footage and arrest them, while also identifying the building where the activity was taking place.

In a separate letter to the NADRA chairman, the returning officer sought help in identifying the persons seen in the clips. Meanwhile, a letter addressed to the Lahore DC also directed the authorities to identify the individuals and the building seen in the footage in order to aid the ECP in its investigation into the incident.

A fourth letter to the Pemra chairman also ordered that the authority conduct forensic analyses of the clips, which were also aired on mainstream media.

In a video message shared from the PML-N’s official Twitter account, MNA Ali Pervez Malik accused the PPP of buying votes in the constituency and also running a campaign featuring a fake video in which “all the characters are wearing masks to hide their faces.”

The PML-N MNA appealed to the PPP leadership to take notice of the “antics by their party workers in the NA-133 constituency”, adding that he had also complained to the RO about the issue.

For his part, the PPP’s candidate Chaudhry Muhammad Aslam Gill said that the PML-N had psychologically lost the election already, adding that buying votes was an old tactic of the PML-N.

“They have always done so. If electioneering is expensive in Pakistan today, it is because of Nawaz Sharif,” he said.

Meanwhile, the ruling PTI, whose candidate and returned candidate were both disqualified by the ECP last month for having their votes registered in a different constituency, also accused the PML-N of attempting to buy votes.

The party’s Senator Ejaz Chaudhry said that the video clips had exposed the “true face” of the PML-N.