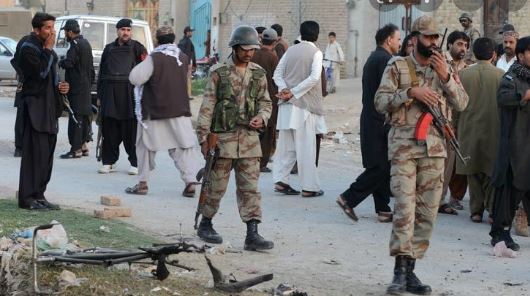 The Inter-Services Public Relations (ISPR) statement further said that the security forces responded with all the available weapons that resulted in heavy losses to the terrorists.

The ISPR reminded that Pakistan’s security forces were determined to defeat such acts of cowardly terrorists that are hoping to disrupt “peace, stability and progress of Balochistan”.

This is the second time during this week that terrorists have attacked security forces in Balochistan. On Monday last, a soldier was martyred after a patrolling party of security forces was attacked in Panjgur. = DNA