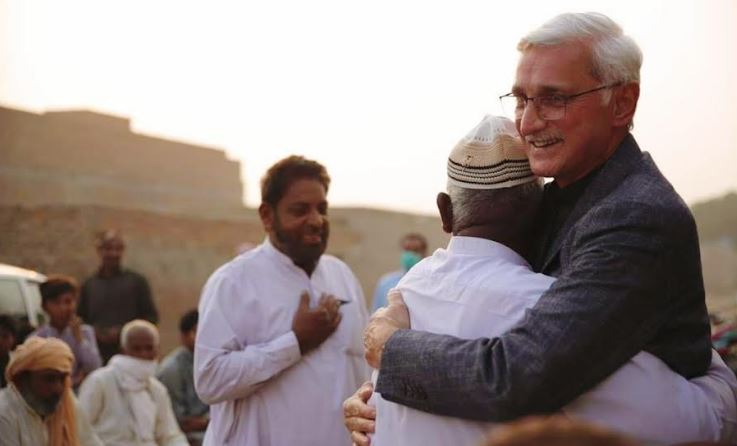 Lodhran, NOV 22 /DNA/ – Jahangir Tareen said while talking to the media in Lodhran that nobody can say whether he will get relief from Supreme Court or not in his disqualification case but Supreme Court should reconsider the lifetime disqualification. He added that there are two things one, people were sentenced in some crime and serve 5 years in prison and then return to participate in the Elections, Supereme Court should decide itself of reconsideration, secondly that in Article 184/3 people were disqualified and in this there is no right to appeal, What kind of a thing is that to have no right to appeal? It is the demand of justice and law that if you have been sentenced then right to appeal should be given, if Supreme Court reconsiders then talk of legit and justice will be done.
In a reply to a journalist’s question “how do you feel about the change” he said that change in the country is very necessary, our system does not serve any good to the common person this is the reason why our people are oppressed. Police and Civil Service reforms including deployment of better people everywhere so that better decisions can be made. Today DAP is vanished, 15/20 days ago everyone knew that shortage of fertilizer is coming. If decisions are taken on time then fertilizer crisis could be avoided.
Jahangir Khan Tareen said that if relief is to be given to people then timely elections and decision needs to be taken.
Jahangir Khan Tareen spent a busy day in Lodhran where he participate in worker’s bliss and sorrow. He visited Chak no. 44M, Union Council Sirajwala, he consoled the family and said Fateha For deceased Former Counselor Rana Muhammad Akram, in Lodhran City said Fateha for Usman Muzzamil’s mother, Mian Wakeel Sukhera’s father, Mian Khursheed Qureshi’s brother, Peer Riaz Uddin Sanvi’s mother.
Jahangir Khan Tareen met with PTI’s active leader Chaudhry Ejaz Yousuf at his residence, also met with PTI Lodhran’s Tehsil Saddar Mehar Muhammad Ashraf Sial in his office.Jahangir Tareen participated in the wedding ceremony of Rao Saeed Advocate’s son Rao Jawad Ahmad and congratulate him.
Party leader Tahir Ameer Khan Ghauri, Malik Arslan Nawaz Bhutta, Syed Ghulam Mustafa Shah, Sheikh Munawar Nadeem, Syed Bagh Ali Naqvi, Sajid Inam Toor, Mehar Muhammad Afzal, Ahmad Sher Lodhra, Malik Sadaqat Lodhra, Shehzad Lodhra, Rana Javed Thakur, Mallik Abid Channar, Malik Akram Araeen, Rana Tauheed, Aqeel Sial, Mehar Ejaz Sial, Rao Tariq Haneef, Rana Faiz Irshad, Qari Muhammad Saleem, Rao Nauman Mehdi, Rao Danish Ali, Rao Haider Ali and other were along with Jahangir Khan Tareen at this time.