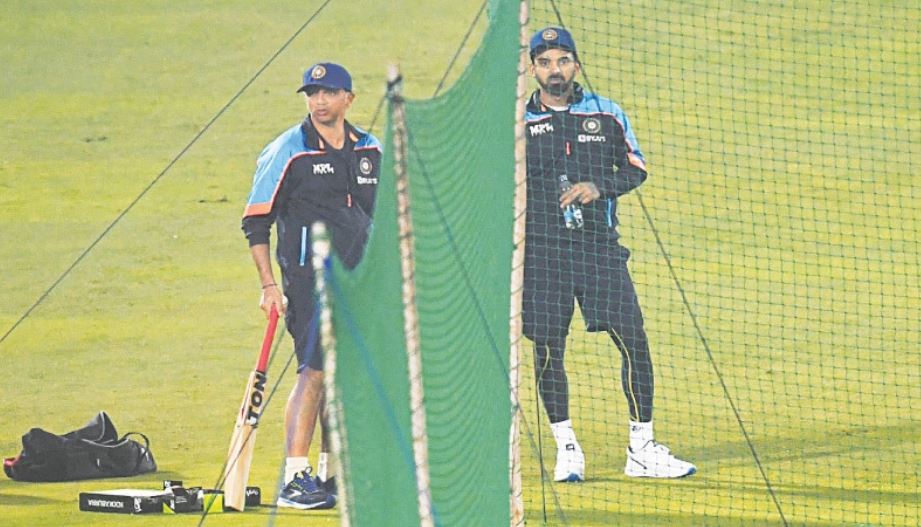 MUMBAI: India must strike a balance between trying to win every match and building a side that can be successful in future global cricket events, new head coach Rahul Dravid said on Tuesday.

Success in International Cricket Council events has eluded India in recent years and the team failed to reach the semi-finals of the recently concluded Twenty20 World Cup in the United Arab Emirates and Oman.

The tournament marked the end of Ravi Shastri’s tenure as India’s head coach, while Virat Kohli also stepped down from leading the side in the T20 format.

“You have to strike that balance. Of course we want to win every single game we play for India, but we cannot not think about the long term picture as well,” said Dravid, whose stint begins with the home series against New Zealand.

“It’s a combination of both in any situation. Thinking long-term and thinking about what is in the future, certainly, is my job as a coach.”

Former captain Dravid, who played 164 Tests and 344 one-dayers between 1996 and 2012 and accumulated more than 10,000 runs in both formats, has coached India’s Under-19 and A teams and was also the head of the National Cricket Academy.

India, who play the first of a three-match Twenty20 series on Wednesday in Jaipur, can mend their record in ICC events in the next two years with the 2022 T20 World Cup in Australia, the 50-over World Cup at home in 2023 alongside the World Test Championship coming up.

Dravid said the team will not prioritise any particular format under him but emphasised he will closely monitor players’ physical and mental wellbeing.

“My role initially will be to sit back and observe and then step in as and when required. We have time for that, so there’s no rush,” he said.

“As far as vision is concerned, for me, it’s about us looking to improve constantly every day and that we keep getting better as players and people and we should be fine.”

‘PLAYERS ARE NOT MACHINES’

At the virtual press conference, with Dravid at his side, Indian T20 skipper Rohit Sharma said his players were “not machines” and needed rest, ahead of their imminent encounter with New Zealand just days after the World Cup.

New Zealand’s tour begins only three days after they lost in the Dubai tournament’s final. The matches are spread across three Indian cities and wrap up just four days before Tests in Kanpur (Nov 25-29) and Mumbai (Dec 3-7).

“Workload management is very important to us. Players are not machines. Taking time off is necessary,” Sharma said.

“Some players who have been playing for long need to be rested to remain fresh. We want all our boys to be mentally fresh for the challenges ahead,” he added.

Dravid said cricketers needed to follow the example of footballers when it came to managing their workload.

“Even in football, the big players don’t play all the matches,” he said.