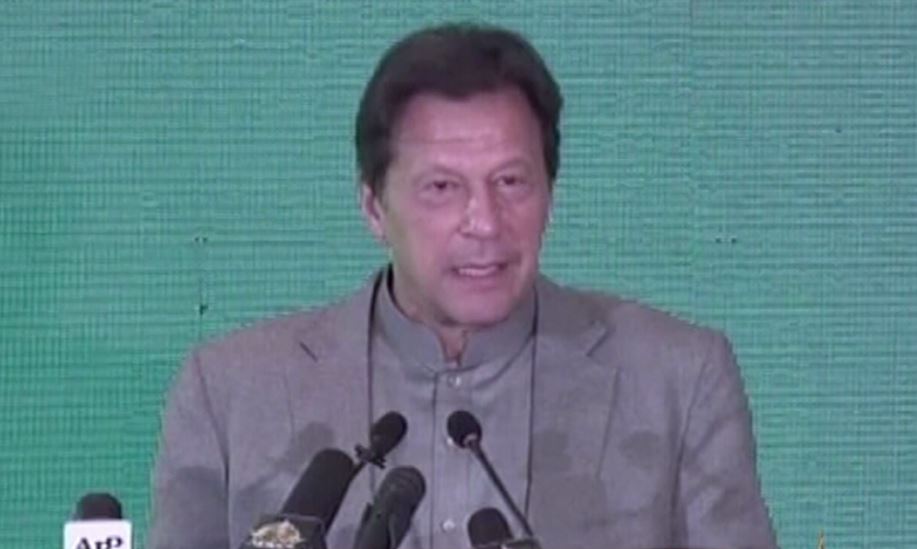 ISLAMABAD, NOV 16: Prime Minister Imran Khan took pride on Tuesday in what he described as his government’s foresight to focus on long-term development, prioritising the future of coming generations over success in elections.

“Nations progress when they think about their future generations, not the coming elections,” he said while addressing the groundbreaking ceremony of the 128-kilometre-long Lillah-Jhelum Road in Islamabad.

Giving the example of China, which he said had progressed immensely over a period of 30 years, the premier explained that the neighbouring country saw prosperity because its leadership focused on long-term planning.

“Unless you think this way, you cannot progress … A nation doesn’t progress if you only focus on the execution of Metro [bus project] so as to win the election,” he stressed. “I am proud that our government thought about our coming generations instead of the coming elections.”

Congratulating his team, the prime minister said the economic situation was the worst when his party formed the government.

“Yet, we tried to carry out long-term development” after the situation somewhat stabilised, he added.

As part of this long-term planning, he said, the construction of three big dams was currently underway.

The premier said the projects were being executed because the government realised that the demand for water would increase in the country in the coming years.

“The population is increasing and so is the demand for food. We have to produce crops to cater to this growing demand, and for that we will need [agricultural] land, which we have, and more water, of which there is a shortage,” he explained.

Hence, for the first time in 50 years, three big dams were being constructed, he said, adding that another 10 would be built over the next 10 years.

The prime minister regretted that while the planning for these projects had been completed around 40 years ago, no progress had been made on their execution till now.

“They (past governments) never thought about this (execution of the projects), because they only had the coming elections on their minds.”

He reiterated: “This is why I am proud of my team and planning, as we are thinking about the future.”

“Had anyone given any thought to planting trees here?” he asked, saying his party had been mocked for launching a tree plantation campaign in 2013.

The prime minister lamented that trees had been cut down and forest destroyed in the country, and the consequences were out there for everyone to see.

“Trees have been cut down in Lahore over the past 20 years. Now go and see the condition of people in the city. Pollution [levels] have soared. Nobody ever realised that trees also had to be planted.”

He said his was the first government that had already planted 2.5 billion trees and aimed to achieve the target of planting 10bn trees.

The premier said British Prime Minister Boris Johnson had acknowledged Pakistan’s efforts to mitigate the impact of climate change at the UN, while The Economist magazine ranked it at the top among all countries for its handling of the coronavirus pandemic. Similarly, he added, while inflation was rising in the country, as it was in the rest of the world, an assessment by the World Bank had concluded that poverty had declined in Pakistan during his tenure.

He asked the nation to have confidence that his government would tackle inflation the same way it had “efficiently handled” the Covid-19 crisis.

The current wave of inflation, Prime Minister Imran said, was a result of external factors and prices were increasing in the international market. However, the problem caused by lockdowns across the world would persist only till winter, he added.

He also said he would announce a “big package” to deal with the problem.

According to Radio Pakistan, the Lillah-Jhelum Road will be constructed in 30 months at a cost of Rs16bn. The dual road will link Chakwal, Khushab, Mandi Bahauddin, Gujrat and Mirpur.

Prime Minister Imran said the road would benefit tourism in the region and support the growth of industry.

He also compared the amount of money spent on the construction of roads during his tenure and that spent during the PML-N government.

“We were told that many roads were constructed before our tenure. [A person] who is in London laments that the situation is very bad in Pakistan. He even called himself Shershah Suri for constructing [many] roads,” he commented, taking a jibe at PML-N supremo and former prime minister Nawaz Sharif.

He added that even then, roads were being constructed at a lower cost than during the PML-N tenure. “We have constructed more roads because we saved more money,” he emphasised.

The prime minister said had his government spent the same amount of money on the construction of roads as the PML-N government, it would have ended up spending Rs1,000bn more.

Alleging that the PML-N government apparently spent Rs1,000bn more on roads, he questioned: “Where did all this money go?”

Answering himself, he said the money had been looted and taken outside the country.

He also hit out at the opposition for claiming that the PTI government would collapse since the day it came to power.

“They wish so because they know that when people analyse this government’s performance after its five-year [tenure], their political shops will shut.”

With regards to the use of electronic voting machines (EVMs) in the 2023 general elections — which has been a bone of contention between the government and the opposition, with the latter opposing it — the premier said he found the opposition’s resistance to using EVMs surprising.

“Technology is being used across the world for voting so that elections can be held in a better and transparent manner, but I am surprised that our opposition is against it,” he remarked.