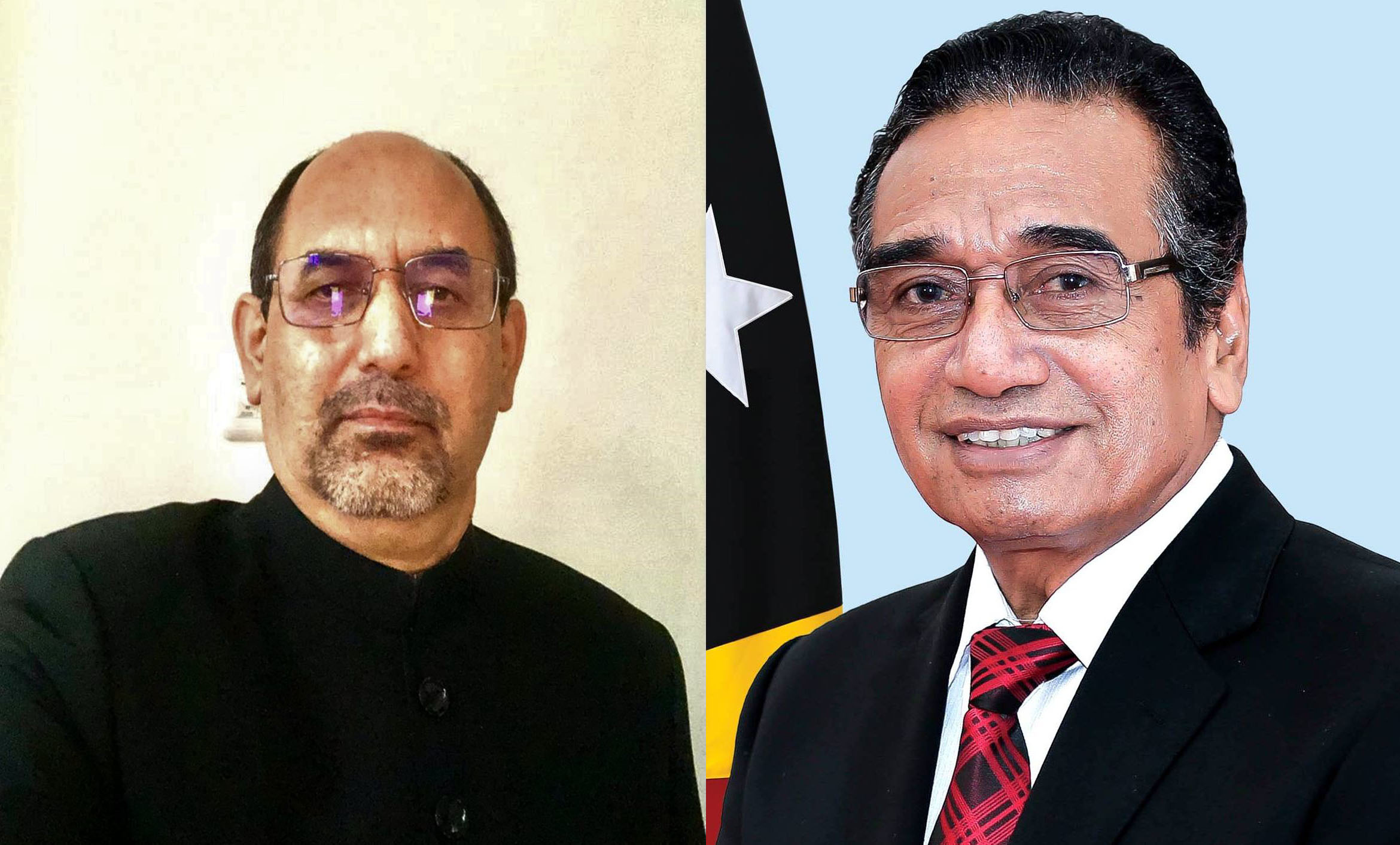 The credential ceremony took place at the Presidential Place in Dili. The event was also attended by the Minister of Foreign Affairs and Cooperation, and other high officials in Timor-Leste.

The Ambassador conveyed the greetings of President Dr. Arif Alvi to President Guterres and his best wishes of good health and happiness for the people of the Democratic Republic of Timor-Leste. For his part, the President of Timor-Leste entrusted the Ambassador to convey his greetings to President Alvi, wishing him good health and happiness and further progress, development and prosperity for the people of Pakistan. He also wished the Ambassador success in his mission, stressing to provide all the support to enhance bilateral relations between the two countries.

Pakistan and Timor Leste established diplomatic relations soon after the independence of Timor Leste in 2002. Both countries enjoy cordial relationship the independence of the latest. Former Pakistani Diplomat Mr. Jamshed Marker (late) who successfully conducted the Referendum in Timor Leste as the Special Representative of the UN Secretary General is highly revered amongst Timor-Leste leadership. Similarly, members of Pakistani defence forces played important roles as part of UN peace keeping forces in Timor Leste. The Government of Timor-Leste awarded many of the military officers in recent years, which were part of peacekeeping force in Timor Leste.

There is tremendous goodwill for the Pakistani contingent members for their professional commitment, diligence and extraordinary initiative to maintain peace and stability in the country, due to their peacekeeping operations in Timor-Leste.

The trade relations between the two countries are gaining momentum. There is a small community of around 100 Pakistanis in Timor-Leste. Most of them are small businessmen engaged in tailoring and few of them have private jobs in different sectors.