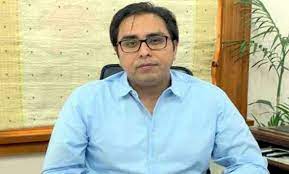 Gill said that the sugar mills which used to start operation in October were deliberately closed by the provincial government. He added that; however, public knows everything.

A day earlier, spokesperson of Finance Ministry Muzzammil Aslam on Saturday said that increase in demand of sugar and delay in crushing of sugarcane caused hike in price of the commodity.

Muzzammil Aslam, while addressing a press conference, said that government has sugar stock for 22 days but Sindh government is not asking the Centre for cheap sugar nor is it starting crushing of sugarcane.

He said that price of sugar is a provincial matter and because of that Punjab government raided several warehouses which were hoarding sugar which reduced price of the essential commodity but on the other hand, Sindh government did not take any such action and is just busy in blaming the federal government for the hike.