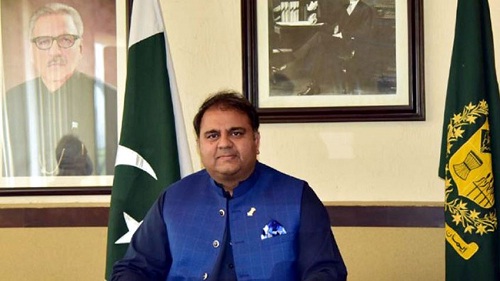 Islamabad : Minister for Information and Broadcasting Chaudhry Fawad Hussain says Pakistan Tehreek-e-Insaf (PTI) is the only national party which has a national agenda.

In a tweet on Sunday, he said Pakistan’s opposition is fragmented having no similarity in ideology.

The Minister said the opposition’s movement against the country’s only federal party PTI is nothing but an attempt to survive in the news, as they have no program for the country.

Fawad Chaudhry said if one opposition party has representation in one division other has in three, but no party is national party, except PTI.