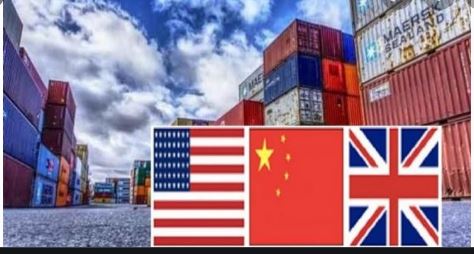 This was followed by China, wherein Pakistan exported goods worth US $559.153 million against the exports of US $329.421 million last year, showing increase of 69.73 percent.UK was the at third top export destination, where Pakistan exported products worth US $ 549.667 million during the months under review against the exports of US $ 427.540 million during last year, showing growth of 28.56 percent, SBP data revealed.

Overall Pakistan’s exports to all other countries witnessed an increase of 35.24percent during the months under review, from US $ 5.353 billion to US $ 7.241billion, the SBP data revealed. = DNA