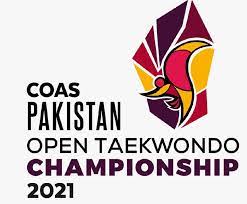 ISLAMABAD, Nov 01: Over One Hundred foreigner taekwondo players and officials from thirteen different countries will be in action along with 375 Pakistani athletes and officials in the Chief of Army Staff (COAS) Pakistan Open International Taekwondo Championship (G-1) starting from November 6 at Liaquat Gymnasium Islamabad.

This was revealed by Pakistan Taekwondo Federation (PTF) President Col (Retd) Wasim Ahmed along with women wing president Saba Shamim during the press conference here at local hotel on Monday.

“We invited Indian team for this prestigious event but they did not respondent even India having good taekwondo players but no positive response received from Indian side”, He said, adding that  we have enough entries and a large number of players and officials will be in the Islamabad for this mega championship.

Col (Retd) Wasim Ahmed thanked the support given by the Chief of Army Staff and his office, not only in encouraging the proposal in initial stage but also by providing assistance so that better ties can be developed with other countries through the sports diplomacy.