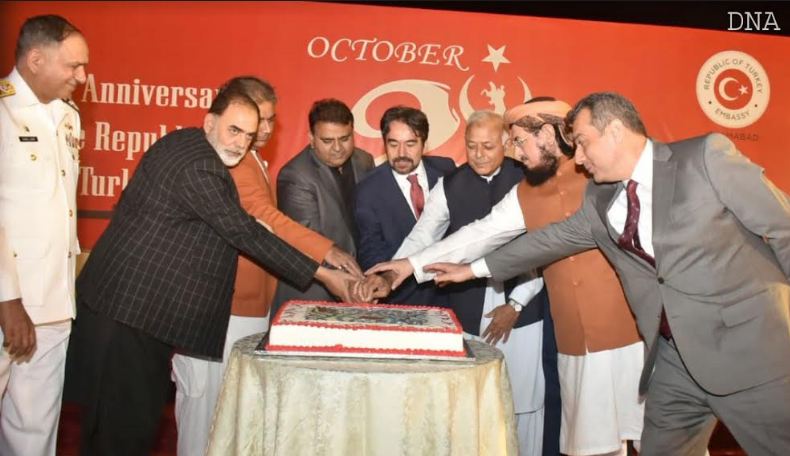 The Information Minister was speaking on the occasion of National Day reception hosted by Ambassador of Turkey Ihsan Mustafa Yurdakul. A large number of diplomats, members of the civil society; academicians; think-thank attended the reception. It was a full-fledge well attended gathering after the govt had decided to allow such events. People gathered there were all praise for the Turkish embassy for providing them with an opportunity of meeting one another after a gap of almost two years.

Turkish Ambassador Ihsan Mustafa Yurdakul in his speech welcomed the guests adding Turkey and Pakistan are brotherly countries. He also read out the message of the Turkish President Recep Tayyip Erdogan.