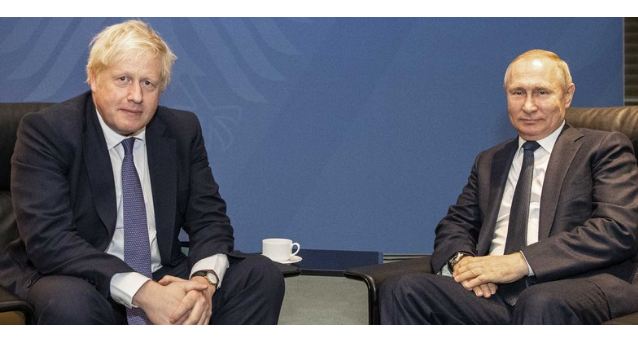 The talks took place after Russia delivered a blow to hopes of a breakthrough international deal on climate change when the Kremlin said last week that Putin would not fly to Scotland for talks starting at the end of October.

“He (Johnson) welcomed the steps Russia has taken in recent days to commit (to) net zero by 2060,” the statement said.

“The prime minister expressed his hope that Russia will raise that target to achieving net zero by 2050 as well as making further progress on ending deforestation and an ambitious Nationally Determined Contribution.”

Britain, which hosts the 26th United Nations Climate Change Conference of the Parties, or COP26, in Glasgow from Oct. 31 to Nov. 12, is seeking support from major powers for a more radical plan to tackle global warming.

The Kremlin said Putin promised that Russia’s delegation to Glasgow “will contribute to a successful work of such an important international forum”.

Putin and Johnson also agreed that cooperation between Moscow and London should be established in a number of fields, the Kremlin statement said, without elaborating.