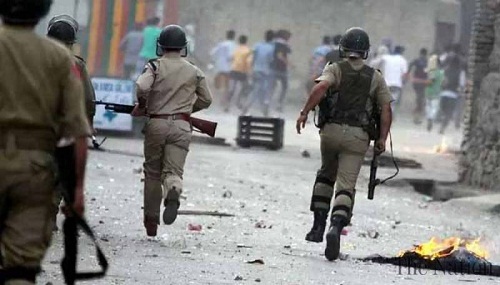 Each year, October 27th is observed as Kashmir Black Day to mark protest and resentment by Kashmiris around the world in commemorating the forced occupation by Indian security forces of the IIOJK.

On October 27, 1947, the sufferings of Kashmiri people commenced with the landing of Indian troops in Jammu and Kashmir which has been increased manifold after New Delhi suspended the special status of IIOJK through revoking Articles 370 and 35-A of Indian Constitution on August 5.

The government has chalked out a comprehensive programme to observe the day in befitting manner through highlighting brutalities and massive human rights violations being committed by the Indian troops to suppress the indigenous freedom struggle of Kashmiris who want their legitimate right to self-determination in line with the United Nations Security Council resolutions.

The Ministry of Kashmir Affairs and Gilgit Baltistan has also chalked out comprehensive programmes for observing the Black Day.

All the provincial governments have also planned different activities to mark the day in a befitting manner.

The print and electronic media would publish articles and air special programmes to highlight plight of Kashmiris in the occupied valley.

Public gatherings, rallies, walks and protest demonstrations would be arranged at district and Tehsil level across the country including Azad Jammu and Kashmir (AJK) and Gilgit-Baltistan, following the COVID SoPs.

Photo exhibition will also be arranged to highlight human rights abuses, extra-judicial killings, disabilities of Kashmiris through pellet guns at the hands of Indian security forces.

Black banners, Panaflex, hoardings and streamers would be displayed at prominent roads and places to mark the day in an appropriate manner.