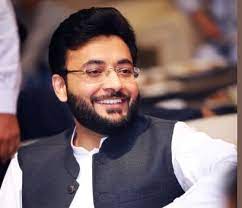 FAISLABAD , OCT 24 :  State Minister for Information and Broadcasting Farrukh Habib has said that everyone in Punjab will have health card facility by December 31.

Speaking to the journalists, the minister said that 30 million gallons of clean water project worth of Rs20 billion is going to be started while Japan International Cooperation Agency (JICA) water plan of Rs10 billion is underway.

Farrukh Habib mentioned that all the population of Punjab will have health cards till December 31 and they will get treatment up to one million rupees, adding that the government is motivating youth to run their own businesses.

He also said that other countries of the world are coming to set up industries in Faisalabad Industrial Zone, one water filtration plant will be installed in each park while basic health centers are going to be constructed.

The state minister further maintained that those who used to live in rented houses all their lives are now being given loans to build houses. “There will be an installment of loan equal to the rent so as not to increase the burden on the middle class while health cards are being issued to the people.”