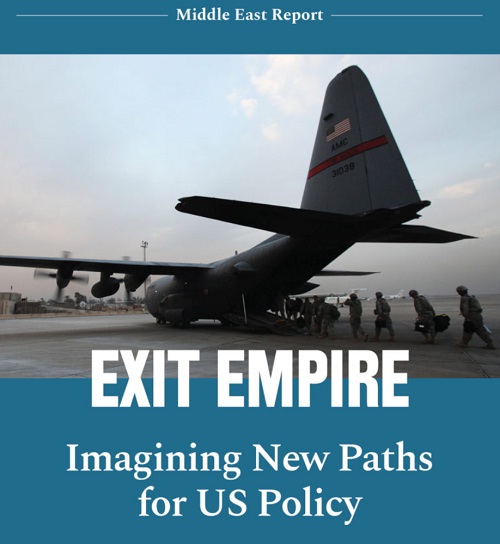 The future of US engagement in the Middle East hangs in the balance.

Two decades of forever war in Afghanistan and continued military engagement in Iraq and elsewhere in the region have prompted debate about what constitutes a US interest in the Middle East. China, and to a lesser degree Russia, loom large in the debate as America’s foremost strategic and geopolitical challenges.

Questions about US interests have also sparked discussion about whether the United States can best achieve its objectives by continued focus on security and military options or whether a greater emphasis on political, diplomatic, economic, and civil society tools may be a more productive approach.

The debate is coloured by a pendulum that swings from one extreme to the other. President Joe Biden has disavowed the notion of nation-building that increasingly framed the United States’ post-9/11 intervention in Afghanistan.

There is no doubt that the top-down nation-building approach in Afghanistan was not the way to go about things. It rested on policymaking that was informed by misleading and deceitful reporting by US military and political authorities and enabled a corrupt environment for both Afghans and Americans.

The lesson from Afghanistan may be that nation-building (to use a term that has become tainted for lack of a better word) has to be a process that is owned by the beneficiaries themselves while supported by external players from afar.

Potentially adopting that posture could help the Biden administration narrow the gap between its human rights rhetoric and its hard-nosed, less values-driven definition of US interests and foreign policy.

A cursory glance at recent headlines tells a tale of failed governance and policies, hollowed-out democracies that were fragile to begin with, legitimisation of brutality, fabrics of society being ripped apart, and an international community that grapples with how to pick up the pieces.

Boiled down to its essence, the story is the same whether it’s how to provide humanitarian aid to Afghanistan without recognising or empowering the Taliban or efforts to halt Lebanon’s economic and social collapse and descent into renewed chaos and civil war without throwing a lifeline to a discredited and corrupt elite.

Attempts to tackle immediate problems in Lebanon and Afghanistan by working through NGOs might be a viable bottom-up approach to the discredited top-down method.

If successful, it could provide a way of strengthening the voice of recent mass protests in Lebanon and Iraq that transcended the sectarianism that underlies their failed and flawed political structures. It would also give them ownership of efforts to build more open, pluralistic, and cohesive societies, a demand that framed the protests. Finally, it could also allow democracy to regain ground lost by failing to provide tangible progress.

This week’s sectarian fighting along the Green Line that separated Christian East from the Muslim West in Beirut during Lebanon’s civil war highlighted the risk of those voices being drowned out.

Yet, they reverberated loud and clear in the results of recent Iraqi parliamentary elections, even if a majority of eligible voters refrained from going to the polls.

“We never got the democracy we were promised, and were instead left with a grossly incompetent, highly corrupt and hyper-violent monster masquerading as a democracy and traumatising a generation,” commented Iraqi Middle East counterterrorism and security scholar Tallha Abdulrazaq who voted only once in his life in Iraq. That was in the first election held in 2005 after the 2003 US invasion. “I have not voted in another Iraqi election since.”

Mr. Abdulrazaq’s disappointment is part and parcel of the larger issues of nation-building, democracy promotion and provision of humanitarian aid that inevitably will shape the future US role in the Middle East in a world that is likely to be bi-or multi-polar.

Former US National Security Council and State Department official Martin Indyk argued in a recent essay adapted from a forthcoming book on Henry Kissinger’s Middle East diplomacy that the US policy should aim “to shape an American-supported regional order in which the United States is no longer the dominant player, even as it remains the most influential.”

Mr. Indyk reasoned that support for Israel and America’s Sunni Arab allies would be at the core of that policy. While in a world of realpolitik the United States may have few alternatives, the question is how alignment with autocracies and illiberal democracies would enable the United States to support a bottom-up process of social and political transition that goes beyond lip service.

That question is particularly relevant given that the Middle East is entering its second decade of defiance and dissent that demands answers to grievances that were not expressed in Mr. Kissinger’s time, at least not forcefully.

Mr. Kissinger was focused on regional balances of power and the legitimisation of a US-dominated order. “It was order, not peace, that Kissinger pursued because he believed that peace was neither an achievable nor even a desirable objective in the Middle East,” Mr. Indyk said, referring to the Israeli-Palestinian conflict.

Mr. Indyk noted that in Mr. Kissinger’s mind the rules of a US-dominated order “would be respected only if they provided a sufficient sense of justice to a sufficient number of states. It did not require the satisfaction of all grievances… ‘just an absence of the grievances that would motivate an effort to overthrow the order’.”

The popular Arab revolts of 2011 that toppled the leaders of Egypt, Tunisia, Libya, and Yemen, even if their achievements were subsequently rolled back, and the mass protests of 2019 and 2020 that forced leaders of Sudan, Algeria, Iraq, and Lebanon to resign, but failed to fundamentally alter political and economic structures, are evidence that there is today a will to overthrow the order.

In his essay, Mr. Indyk acknowledges the fact that “across the region, people are crying out for accountable governments” but argues that “the United States cannot hope to meet those demands” even if “it cannot ignore them, either.”

Mr. Indyk may be right. Yet, the United States, with Middle East policy at an inflexion point, cannot ignore the fact that the failure to address popular grievances contributed significantly to the rise of violent Islamic militancy and ever more repressive and illiberal states in a region with a significant youth bulge that is no longer willing to remain passive and /or silent.

Pointing to the 600 Iraqi protesters that have been killed by security forces and pro-Iranian militias, Mr. Abdulrazaq noted in an earlier Al Jazeera op-ed that protesters were “adopting novel means of keeping their identities away from the prying eyes of security forces and powerful Shia militias” such as blockchain technology and decentralised virtual private networks.

“Unless they shoot down…internet-providing satellites, they will never be able to silence our hopes for democracy and accountability again. That is our dream,” Mr. Abdulrazzaq quoted Srinivas Baride, the chief technology officer of a decentralised virtual network favoured by Iraqi protesters, as saying.

Dr. James M. Dorsey is an award-winning journalist and scholar and a Senior Fellow at the National University of Singapore’s Middle East Institute.