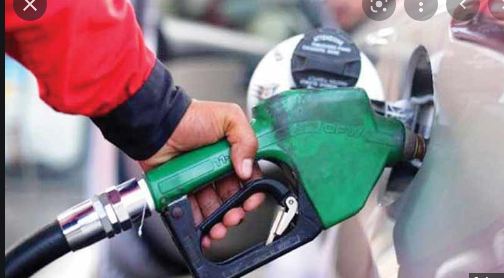 The demand was raised by the PBF Vice President Chaudhry Ahmad Jawad while talking to media on Saturday.

“Why the changes in international prices of oil are not reflected in national POL prices”, the PBF official questioned and hoped that whenever there is ample dip in the price of oil in international market, Ogra would ensure that some benefit must be passed on to general consumers. He said that the government should support the industry when oil prices increase in the international market and bear some burden.

He said that the upward trend in price of POL products has direct effect on inflation. Keeping in view the challenging economic conditions, the government should lower the share of petroleum levies to give some relief to general public. This step will also play important in lowering the inflation rate that is currently above 8 percent.

Ahmad Jawad said that It is recommended that a representative of large trade bodies should be taken on the Board which reviews POL prices and approves the summary to be submitted to government for final endorsement.

He said that the business community should be given information about the specific role of Ogra, in particular the procedure of opening up a new petrol pump. He urged the Ogra management about the steps taken by your office to ensure the quality of petroleum products in the country.

Similarly the demand of gas is going up at the rate of 10 to 15 percent annually. He said that 50 per cent of gas demand is being met by the LNG and remaining 50 percent by the natural gas. He added that the gas resources are depleting with the passage of time which needs to be addressed timely. Import LNG is not a long term solution

Meanwhile, PBF official also rejecting the massive increase of up to Rs 11 per litre, has urged the government to withdraw the decision of hike in prices of petroleum products, as the move will hit the industry hard as well as the agriculture sector of this country.

Ahmad Jawad observed that the burden of the surge in oil price in the international market is immediately transferred to masses by the government but the process of reduction in the prices is always very slow, he noted.

He said that the economy of Pakistan, particularly the SMEs are striving to deal with the post-corona economic crunch and need to get support. Instead of providing subsidies or waivers, it is unjust to overburden the industries with hike in cost of production. An increase in petroleum products costs will further weaken the economic environment which is already under threat on various fronts.

“There is no denying the fact that oil rates have been on the rise in the international market now, but the government instead of passing on this surge to the public can ractify the dollar rate too; that’s why today masses bound to purchased an expensive petroleum products products as the fuel is the engine of growth.

He said that the petrol and HSD are two major products that generate most of revenue for the government because of their massive and yet growing consumption in the country. Average petrol sales are touching 750,000 tons per month against the monthly consumption of around 800,000 tons of HSD.

The economy is already in a precarious situation, this constant back and forth will only increase volatility, when we ought to be heading for stability, he added.

He said that the cost of doing business and cost of production have shot up to the level of un-competitiveness. The cost of borrowing was huge and capital financing has become more expensive.

He said Pakistan exports cannot compete with China, Bangladesh and India where power tariffs were 7-9 cents, particularly in the post-corona economic slowdown as the country’s exports have been witnessing a major setback in present days due to high cost of electricity, which has become a major stumbling block in industrial development and boosting exports.

Ahmad Jawad also said that fuel and electricity are regarded as the lifeline of any economy and play a pivotal role in socio-economic development of a country.