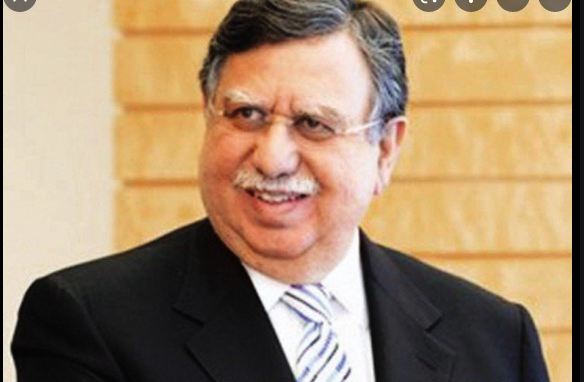 ISLAMABAD, OCT 15 (DNA) – A seminar on Pakistan’s Economy was organized by the Embassy of Pakistan, Washington, D.C. in collaboration with Institute of Business Administration (IBA) Karachi. Finance Minister, Mr. Shaukat Tarin was the key note speaker on the occasion.

The Finance Minister highlighted the economic priorities of the Government, emphasizing that Prime Minister Imran Khan is committed to inclusive and sustainable economic growth that benefits all segments of the society especially the poor. He shared that prudent fiscal reforms have helped to improve tax to GDP ratio, bring down current account deficit and fiscal deficit while improving revenue generation. Increasing tax collection and broadening the tax base were key targets of the Government’s fiscal agenda.

Mr. Tarin identified priority sectors such as modernization of agriculture, IT and industry as vital for increase in exports and said that 24 special economic zones have been created under CPEC to attract foreign investment. He thanked Overseas Pakistanis for sustaining the economy through high levels of remittances. The Minister also shared steps taken to help the underprivileged through Kamyab Pakistan program, which he said would help them to achieve self-sufficiency and to realize Prime Minister Imran Khan’s vision of Riyasat-e-Madina.

Earlier, Ambassador Dr. Asad M. Khan welcomed the guests and gave a brief overview of the state of bilateral ties between Pakistan and the U.S. He referred to recent ministerial level exchanges between the two countries, with engagement on energy, trade, climate change and security.

Other panelists including Executive Director IBA Dr. S. Akbar Zaidi, who shared an academic perspective on the state of Pakistan’s economy. He said academic institutions such as IBA have produced many high-quality economists and even today, IBA was grooming professionals and business executives who will play a vital role in Pakistan’s economic future. Deputy governor State Bank of Pakistan, Dr. Murtaza Syed briefed the audience about steps taken by the Bank to stabilize the economy of Pakistan. He lauded the overwhelming response of the Pakistani diaspora to the Roshan Digital Pakistan initiative and said that there was tremendous potential for growth in remittances.

The seminar was followed by an interactive session in which the audience comprising prominent community members, professionals from IFIs, acedemics and students from DMV area asked questions which were answered by the Finance Minister.