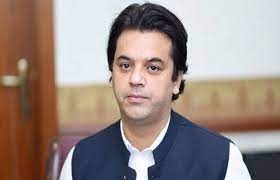 ISLAMABAD : Challenges to biodiversity are a reality and qualify as one of the foremost areas of attention under the current government, said Special Advisor to Prime Minister on Youth Affairs Usman Dar in his statement to the Sustainable Development Festival – ASviS 2021 gathering held at the Institute of Regional Studies (IRS). He added that policies such as tree plantation drives and collaborations involving an active role of the Ministry of Climate Change clearly reflected the resolve and commitment of the Government of Pakistan to mitigate the hurdles to sustainable development which compromised Pakistan’s biodiversity.

Ambassador of Italy to Pakistan, Andreas Ferrarese appreciated the role played by all the partner institutions in holding the ASviS 2021 on the subject of biodiversity and circular economy in Pakistan. He expressed the collective resolve of the Italian and Pakistani governments to preserve biodiversity and engaging in development mechanisms that are both economically viable and easy on environment. He said that sustainable development was the new normal worldwide and that it was the collective responsibility of government institutions, private sector organisations, universities, and youth to engage in effective advocacy drives that emphasised the significance of biodiversity.

FAO Representative to Pakistan Ms Florence Marie Rolle argued that several agricultural diseases were are a result of the unreasonable human activities which, when coupled with climate change, resulted in an unimaginable depletion of biodiversity. She added that loss of and a challenge to biological diversity was a challenge to human community itself. Hence, she argued, it was important to figure out means of production that did not result in environmental degradation in any way.

Member of the British High Commission’s PreCOP-26 Team Ms Sobiah Becker stressed that massive resource exhaustion needed to be checked before it could cause irreparable damage to the ecosystem. She added that the youth needed to act a bridge between the policy makers and the locals if a mutually benefitting policy on biodiversity was to be attained. Aban Marker in her video message, urged the audience to realise the fundamentals of circular economy and how it was critical in ensuring sustainable means to development. She termed biodiversity a way of life. She termed circular economy as a way of life too, as it ensures optimal production whilst ensuring that no part of the input is wasted/ compromised in the process. She cited several examples from Turkey and Italy to illustrate how developed economies were incorporating sustainable and no-wastage means to production across various sectors.

The Director of the Botanical Garden and Herbarium at the Quaid-i-Azam University Professor Musthaq Ahmed said that there was a critical need to inculcate awareness among the youth. Additionally, he stressed the need for including communities in awareness campaigns whereby knowledge was imparted among the audience with the intent to result as practices.

President IRS, Ambassador Nadeem Riyaz said that Pakistan’s fundamental challenge was its rising population which had increased two-fold in the past decade or so. He termed biodiversity as essential for sustainable development and human well-being. According to him, biodiversity underpins the provision of food, fibre, and water. Ambassador Riyaz added that youth had an important role to play in terms of sensitising their fellow countrymen about the pertinence of biodiversity for their lives and livelihoods.

An opportunity was also given to the youth representatives to express their perspectives and share their experiences of working on environmental issues at the event.