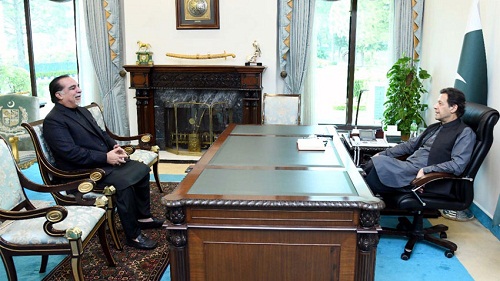 Islamabad : Prime Minister Imran Khan has directed to hold functions across Sindh to highlight the life and teachings of Prophet Muhammad [Sallallah-o-Alaihe wa Alehi wa Sallam Khatam-un-Nabiyyeen] during the first phase of the month of Rabi-ul-Awal.

He gave the instructions to Governor Sindh Imran Ismail, who called on him in Islamabad to discuss various measures to celebrate Eid-e-Milad-un-Nabi in a befitting manner.

The Governor informed the Prime Minister about holding of a conference in connection with Milad-un-Nabi, which would be attended by prominent religious scholars.