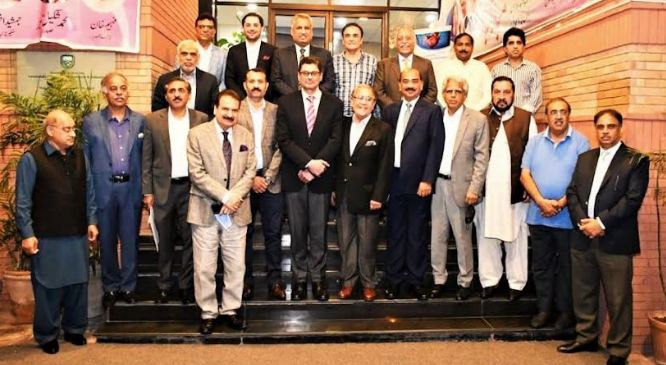 ISLAMABAD, OCT 9 /DNA/ – A delegation of Islamabad Industrial Association (IIA) led by its President Sheikh Tariq Sadiq visited the Islamabad Chamber of Commerce & Industry and discussed the importance of the establishment of a new industrial estate in the region to boost industrialization, investment and exports.

Addressing the delegation, Shakeel Munir, President, Islamabad Chamber of Commerce & Industry said that about 1200 industries are working in Islamabad region including steel, marble, flour mills, pharmaceuticals, IT & light engineering, chemicals & soap, edible oil, cement, furniture etc. and there is a dire need of a new industrial estate in the region to set up more industries as the existing three industrial estates in the region have insufficient space for new industries and expanding existing industries.

Due to this situation, potential investors are shifting to other regions. He urged that the government should cooperate with ICCI and IIA for the establishment of an industrial zone in the region that would help in promoting industrialization, employment creation, investment promotion and tax revenue generation for the government.

Mian Akram Farid, Chairman, Founder Group and Sheikh Tariq Sadiq, President, Islamabad Industrial Association said that ICCI has been making efforts since long with the federal government, CDA and recently with RDA, but this important project could not be materialized as yet. They urged that the government should cooperate with ICCI and IIA to realize this important project that would help promote regional trade and exports.

They further said that the government should announce a special incentives package for industries on the pattern of construction package to accelerate industrialization in the country that would bring multiple benefits to the economy. It would also attract more FDI and foreign companies to Pakistan with technology transfer for JVs.