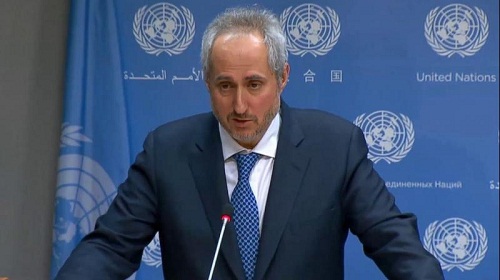 United Nations says it is ready to help Pakistan to deal with the situation arising out due to deadly earthquake that his parts of Balochistan.

At a regular press briefing at UN Headquarters in New York, Stephane Dujarric, the spokesman of UN Secretary General Antonio Guterres, expressed condolences over the loss of lives and damages to properties due to the earthquake.

The UN Secretary General spokesman said we are in touch with the national and provincial authorities in Pakistan.

He said it does not look that they are requesting any international help, but we know that Pakistan has an effective emergency disaster system.