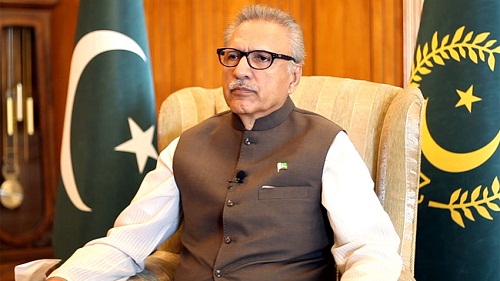 ISLAMABAD, Oct 7 : President Dr Arif Alvi on Thursday while calling for probing 700 Pakistanis mentioned in the Pandora papers, questioned the justification of tax havens protected by the West.

He said after Panama and Paradise, now Pandora papers had confirmed that thousands of offshore companies used for money laundering of looted wealth.

On Twitter, he said, the 700 people linked to Pakistan must be investigated for illegality and source of money, adding that the plundered money must be brought back.

“But what about these tax havens?,” he questioned.

The president said the tax havens protected by the West since more than a century, having a long history of hiding plundered wealth be it from the persecuted Jews, or from many countries including Pakistan, that runs into trillions of dollars seemed to be a “sophisticated scheme in the style of East India Company.”

He said Pakistan was cleaning its system to stop its wealth from going out and the FATF helped in this regard; however, “the receivers of our wealth have enriched themselves at the cost of poor of the world for too long.”

The president also quoted the verses of Allama Iqba’s anthology “Zarb-e-Kaleem” in which he said, “both are same looters small & big in dialogue between a pirate & Alexander.”