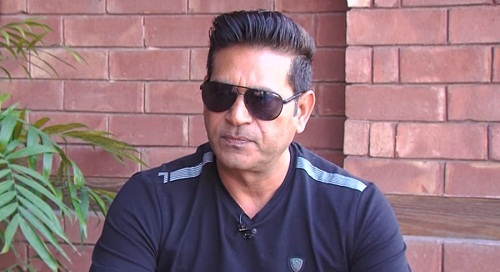 LAHORE: Former Test cricketer Aqib Javed advises the Pakistan Cricket Board (PCB) to boost the confidence of players with a clear message that the squad for the T20 World Cup won’t be changed.

Former Test cricketer Aqib Javed says that the world will make fun of Pakistan if we change the squad for the ICC tournament.

“If we are not emotional about the first match against India, this team actually has the potential to do something,” he said.

The former Test fast bowler and director of Pakistan Super League (PSL) franchise Lahore Qalandars told that if the squad for the T20 World Cup has been announced now, we should back it. “I don’t think the squad will change and it shouldn’t. If we do it, we will be ridiculed by the world,” he said.

Javed advised that a selection decision shouldn’t be made on the basis of a seven-day form. “First think about who is performing consistently. Now if you have selected [the] players, back them up,” he said, echoing PCB Chairman Ramiz Raja who had said that we should support the players selected.

Criticising the selection process in Pakistan, he said it had no consistency for the last two or three years. “The team has reached this point due to a lack of consistency. The team was not as bad as it has been made. Players have been brought back after being dropped two to three times which has made them lose confidence,” he said.

The former cricketer said that Pakistan’s first match is against India and that if we are not emotional about this match, the team has the potential to perform well in the T20 World Cup.

He advised the PCB to boost the confidence of the players by giving a clear message that no changes will be made to the current team and a message of support. The PCB’s message, he said, should reach the players and public so that they, too, can back up the squad.