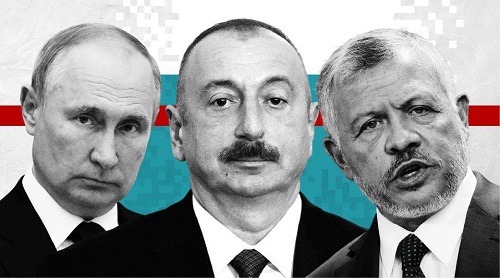 Several world leaders have denied wrongdoings after featuring in a huge leak of financial documents from offshore companies in the form of Pandora Papers.

Russian President Vladimir Putin and Jordan’s King Abdullah II bin Al-Hussein are among some 35 current and former leaders mentioned in the files.

Both, Vladimir Putin and Abdullah, in their statements have denied any wrongdoing.

Jordan’s royal palace said it is neither unusual nor improper that King Abdullah owned property abroad.

Leaked documents show that Jordan’s King secretly spent over a 100 million dollars on Property Empire in the UK and US.

Kremlin spokesman Dmitry Peskov questioned the reliability of the unsubstantiated information, as the documents made public details of hidden wealth linked to President Putin and members of his inner circle.

Prime Minister Imran Khan has vowed to investigate citizens linked to the Pandora Papers, and names of hundreds of Pakistanis have propped up in the leak.