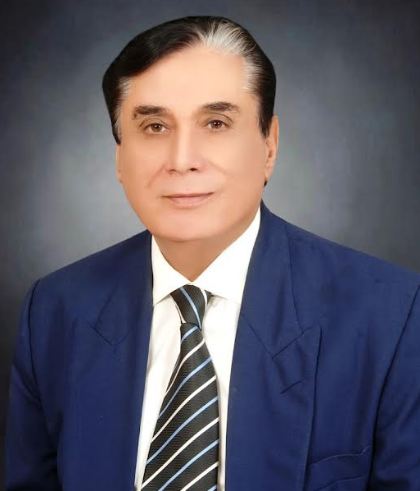 NAB has referred the cases of Income Tax, Sales Tax and Under Invoicing to FBR as per law. He said that NAB has established a special desk under the supervision of Director and deputy director at NAB headquarters Islamabad to address the complaints of the business community. The business community leaders lauded the efforts of Chairman NAB for taking personal interest in addressing their problems timely which is very much on record.

He said that the performance of NAB has been appreciated by reputed national and international organizations like Transparency International Pakistan, World Economic Forum, Global Peace Canada, PILDAT and Mishal Pakistan. As per a survey of Gillani and Gallup, 59 percent people have shown trust upon NAB. Currently, 1278 references of NAB are under trial in the learned Accountability Courts throughout the country having approximately worth of Rs. 1305 billion. He said that NAB during the tenure of present management has recovered Rs. 539 billion directly and indirectly which is a record achievement. The total amount recovered by NAB since its inception is Rs. 819 billion. He said that NAB is determined to eradicate corruption, money laundering, cheating the public at large, assets beyond known sources of income, illegal housing societies and modarba scandals. The illegal housing societies neither handed over plots to affectees nor had returned their hard earned money. The poor investors are running from pillar to post to get their money back. NAB has returned billions of rupees to affectees of housing societies after recovering from illegal housing societies which were working in Lahore, Multan, Quetta, Karachi, Peshawar, Rawalpindi, Islamabad and other areas of the country. He said that NAB has no affiliation with any individual, party or organization. NAB officers are working with renewed energy for eradication of corruption from the country considering it as their national duty.