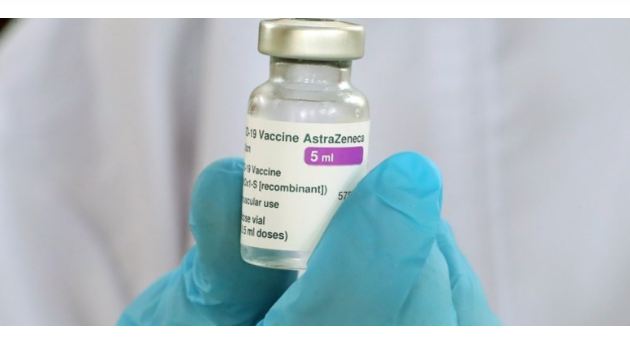 In March, as wealthy Britain led the world in vaccination rates and almost half its people had received a shot, the organisation meant to ensure fair global access to COVID-19 vaccines allotted the country over half a million doses from its supplies.

By contrast Botswana, which hadn’t even started its vaccination drive, was assigned 20,000 doses from the same batch of millions of Pfizer mRNA vaccines, according to publicly available documents detailing COVAX’s allocations.

Other poorer nations, with fledgling vaccination drives at best, also received fewer shots than Britain. Rwanda and Togo were each allotted about 100,000 doses, and Libya nearly 55,000.

The distribution was driven by the methodology used by COVAX, a programme co-led by the World Health Organization, the Coalition for Epidemic Preparedness Innovations (CEPI) and the Global Alliance for Vaccines and Immunization (Gavi). Since January, it has largely allocated doses proportionally among its members according to population size, but regardless of their vaccination coverage.

This made some rich nations, which already had many vaccines through separate deals with pharmaceutical firms, eligible for COVAX doses alongside countries with no vaccines at all.

Six months later, COVAX is planning to overhaul the allocation methodology to ensure it takes into account the proportion of a country’s population that has been vaccinated, including with shots bought directly from drugmakers, according to an internal Gavi document reviewed by Reuters.

The proposal will be discussed at the Gavi board meeting on Tuesday, and the change could be enacted in the fourth quarter of this year, the document said.

The COVID-19 pandemic has presented an almost unprecedented challenge, and large, hallowed institutions like the WHO and U.S. Centers for Disease Control have at times struggled to keep pace and shift course as new data has come in.

Asked why total vaccine coverage was not used earlier as a measure, Bruce Aylward, a senior WHO and COVAX official, told Reuters that the allocation terms could not be changed without the consent of COVAX’s more than 140 member countries, though he did not elaborate on the process of reaching consensus.

He added that hard data on vaccines’ efficacy, which strengthened the case for a change, was now available.

“What’s becoming interesting now, only in the last couple of months, is the divergence between cases and deaths as a result of vaccination coverage,” he said.

“We are learning that the single best indicator of mortality risk is the level of whole coverage, not just COVAX coverage.”

Britain will overall be a net donor in money and vaccines. It has invested 71 million pounds ($97 million) in COVAX, which in theory allows it to buy up to 27 million doses, plus this summer began donating up to nine million shots, some via COVAX.

Yet there has been a wealth-driven inequality since before vaccines became available, with governments in London, Washington, Ottawa, Brussels and beyond, many of them COVAX members, separately securing large supplies outside the scheme.

In June, COVAX scaled back its initial ambitions of acting as a vaccine clearing house for the world to focus only on countries deemed most in need. Yet within that group it was still assigning vaccines according to the population sizes, rather than their total vaccination coverage.

Since its inception 15 months ago, COVAX has been plagued by vaccine shortages, caused initially by richer nations’ hoarding of limited doses.

Subsequently supplies were hit by drugmakers’ problems in ramping up production and export restrictions in manufacturing hub India, which has held up delivery of many of the 240 million doses of the AstraZeneca vaccine that COVAX allocated in late February.

These issues have reduced its capacity to deliver to poorer nations. It has so far shipped about 300 million doses to over 140 countries, far off of its initial target of 2 billion doses by the end of the year, which has now been cut to 1.4 billion.

The March 15 allocation of the Pfizer shots, among about 50 countries, showed up the weakness in the COVAX methodology.

The batch of 14.1 million doses was the programme’s first significant allocation of the U.S. drugmaker’s vaccines, after a small initial batch of 1.2 million shots was divided among 18 countries in late January, WHO documents show.

At that time, many countries had not yet started their vaccination campaign, mostly because of lack of vaccines. Even European Union states were grappling with limited supplies.

Britain’s vaccination drive was proving successful though, and it had given at least one dose to 40% of its population. Along with the United Arab Emirates and Israel, it led the global rankings for administered doses proportional to population, figures and estimates from One World in Data show.

The country was nonetheless among the leading beneficiaries of the allocation, with 539,000 shots, which Gavi said were delivered at the end of June. Only seven nations were assigned more, including the more populous Brazil, Mexico, and the Philippines. The UAE was assigned about 200,000 shots.

The British government confirmed it had received about half a million doses from COVAX which it used in the country, but declined to specify the date of delivery.

Other developed nations invested in COVAX but some refrained from taking their share of shots because they could rely on millions of doses from bilateral deals with drugmakers.

The UAE passed on its March allocation, Gavi said. The UAE did not reply to requests for comment.

NO FREEZERS, NO VACCINE

The allocation also highlighted another driver of unequal access, this one specific for vaccines like Pfizer’s based on new mRNA technology: a country’s capability to handle the shots, which needed to be transported and stored at temperatures of around minus 70 degrees Celsius.

Indeed only about 50 countries – from Britain and Brazil to Angola and Bolivia – could be included in the allocation of the Pfizer doses because only they were deemed by COVAX to have the level of “ultra-cold chain” equipment required.

That ruled out many countries in the developing world.

“A small number of countries were deemed ready to receive Pfizer doses,” a spokesman for Gavi said, when asked to explain why Britain and UAE were among the first designated recipients.

Gavi initially did not consider it a priority to invest in the ultra-cold chain equipment needed for mRNA shots, Gavi’s public board documents from December show, because it favoured cheaper and easier-to-administer vaccines like AstraZeneca’s, which does not have such extreme temperature requirements.

Gavi and WHO officials have said that this was in line with requests from poorer nations.

Indeed the 240 million AstraZeneca doses were allocated to a far wider group of more than 140 countries in February – though the export curbs in India, where the vaccine is made, meant only about 80 million had been delivered as of late August.

“Preparing an ultra-cold supply chain is a risky undertaking,” said Heather Ignatius, managing director of Advocacy at Path, a nonprofit global health organization, noting that without certainty of deliveries it would make no sense to invest in expensive freezers.

However Gavi changed course on ultra-cold chain investment in June, when the United States pledged to donate hundreds of millions of Pfizer vaccines to COVAX.

Later that month, Gavi decided to spend up to $25 million on freezers needed to store the vaccine, a Gavi spokesperson told Reuters.

The money began to be spent in August, according to an official familiar with the matter. Gavi now aims to supply freezers to about 50 poorer nations via UNICEF, which is in charge of COVAX logistics, the Gavi spokesperson said.