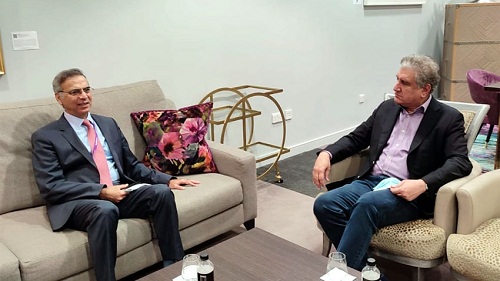 The Foreign Minister will interact with Pakistani community representatives at “Pakistan House” this evening.

The meeting will focus on bilateral relations, bilateral cooperation in multilateral fields and important regional and global issues.

The Foreign Minister will address the media in London and brief them about Pakistan’s views on Pak-UK relations, important regional and global issues.

The Foreign Minister’s visit to the United Kingdom is a testament to strengthening of high-level contacts between the two countries.