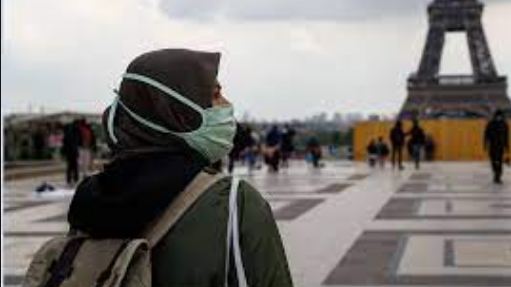 CHITRAL:  Hundreds of workers of Jamaat-e-Islami Chitral held a rally at Ataliq Chowk Chitral  District Amir Akhunzada Rahmatullah was presiding over the meeting. Addressing the gathering, the speakers said that the life of a poor man has become unbearable due to high prices in the present government. They also criticized the staff of the forest department, saying that due to their incompetence, more than 1.8 million feet of illegal timber had been cut down in the forests of Arandu near Pak Afghan Border etc., which the provincial government wanted to sell under the Illicit Timber policy. That  is tantamount to abuse of the Chitral nation while the whole of Chitral needs 1.5 lakh feet of timber for infrastructure purposes. People will not have to cut wood for the next 20 years if these illegal timber were given to local people on permit basis.. On the one hand, this will meet the needs of the local people,  while on the other hand, people will not be forced to cut the forest wood  illegally.

They said that the forests of Chitral have been in ruins for the last 50 years with various timbers and branches which not only caused fires in the forests of Chitral several times and also burnt valuable timber worth billion  of rupees. Millions of tons of timber are washed away in floods and taken to Afghanistan, which has made the people there billionaires, but we are deprived  from firewood too. Maulana Jamshed alleged that the present DFO had been convicted and had been sent to Chitral as punishment.

The speakers said that non- local  people have also been recruited on the basis of recommendation for the current posts of Class IV in various departments of Chitral which we strongly condemn.

Speaking to local journalists, Sher Murad, president of the Timber Business Association, said that there were millions of tonnes of debris in the forests of Chitral and that the centuries-old dry timber that had fallen  due to snowfall, windfall etc was rotting causing for gutting forest. Billions of rupees were lost due to forest fires in Arandu, Domail, Chamarkan and Chitral Goal National Parks of Chitral in which one forester was martyred and the other’s hand was burnt. It  Will be helpful If the debris is removed, more plants will emerge from the seeds lying beneath it, but Divisional Forest Officer Chitral is a major obstacle in its way.

Rehmat Ali Shah also belongs to this association. He said that more than 1.8 million feet of timber has been cut illegally in Arandu forest which the forest department wants to sell by taking it to Chakdara which would deprive the locals of their rights. Prime Minister Imran Khan and Chief Minister Mahmood Khan should reconsider this policy and distribute this timber among the people of Chitral through permits.

Nasir-ul-Mulk pointed out  the rotten and old wood in a vehicle and said that it was the responsibility of the forest department staff to remove the debris from the forests to avoid the risk of fire and more trees. Even further, in case of floods, the timber flows into the river and reaches Afghanistan. But when local people carrying these debris forest department staff harassing us unnecessarily.  Therefore, we demand that these centuries-old debris be removed from the various forests of Chitral to minimize the risk of fire and this will also meet the needs of the local people for the next thirty years.

The meeting also passed a unanimous resolution under which the present government was urged to take pity on the poor people to reduce inflation in the country and provide employment opportunities to the people. It is cold  season in Chitral and it is difficult to say how much firewood  need by local people, but there is no firewood in the  stocks , which is causing the people trouble and further aggravating the problem. Therefore, the district administration and the concerned officers were also demanded to refrain from obstructing the supply of firewood and to make arrangements to deliver ample quantity of firewood to these stalls before the snowfall.

The slogan of Go DFO Go was also raised during the meeting. Our correspondent also contacted Sardar Farhad, Divisional Forest Officer, Forest Department, trying to know his version in this regards , but he said that he had come to Swat for an important meeting with Commissioner Malakand Division. Their position could not be taken. The vehicle which was stopped by the Forest Department staff at the check post  yesterday was also brought to the meeting. It contained firewood which was burnt and mostly rotten due to being quite old. Were

District Ameer Akhunzada Rahmatullah. Maulana Israr-ud-Din Al-Hilal, Wajih-ud-Din, Maulana Jamshed and others also expressed their views which were later concluded with the prayers words of Maulana Israr-ud-Din. The meeting was attended by a large number of people belonging to different walks of life who were shocked by the skyrocketing prices in the country and the wrong policies of the Forest Department.