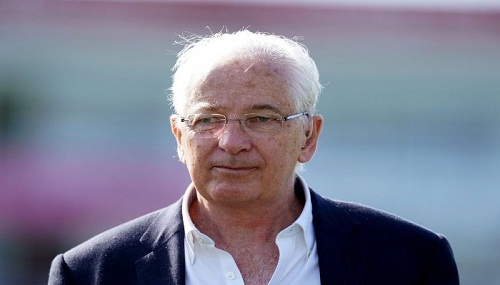 LONDON: Former England captain David Gower Thursday lashed out at the England and Wales Cricket Board (ECB), slamming it for withdrawing from the Pakistan tour without any justifiable cause.

The famed cricketer joined other international cricketers and journalists who have criticized the ECB for pulling out of the tour.

In a statement, Gower said he did not see any logic in the ECB’s decision to cancel the tour, days after the New Zealand squad decided to abandon the Pakistan series minutes before the first ODI was scheduled to take place.

“They [England team] only had to spend four or five days in Pakistan,” said Gower. “That is not a tough bubble.”

He said the reasons given by the ECB to withdraw from the Pakistan tour seemed to be made up, adding that the situation could have been resolved easily.

Gower pointed out that it wasn’t difficult to name a 14-man squad for a very short Pakistan tour, adding that when some members of the England squad tested positive for coronavirus, a new team was selected immediately.

Expressing regret, the ECB had said, “We understand that this decision will be a significant disappointment to the PCB”, who have worked tirelessly to host the return of international cricket in their country.

The ECB, however, had said the “mental and physical well-being” of its players and support staff remains their highest priority, and this was even more critical given the times “we are currently living in”.

The ECB had said it had a “longstanding commitment” to tour Pakistan as part of the Men’s Future Tours Programme in 2022, as it had agreed to play two additional T20 World Cup warm-up games in October, adding a short women’s tour with double headers alongside the men’s games.