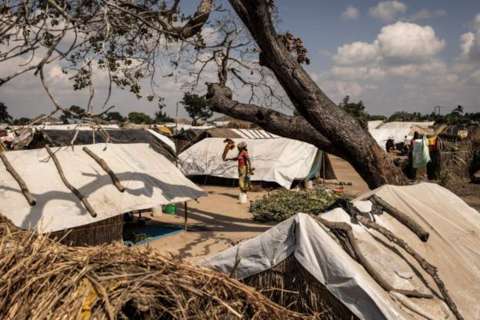 The United Nations is urging “caution” over people returning to the restive northern Mozambican province of Cabo Delgado.

It says it is still unclear whether the ongoing military operation has reduced jihadist groups’ capacity to stage attacks there “as their presence and fighting continues in certain locations and civil authorities have not yet been re-established”.

The caution by the UN’s Department of Safety and Security comes at a time when authorities have been encouraging people displaced by the attacks to return home.

Joint Mozambican, Rwandan and other forces operating in areas previously occupied by militants have been accompanying populations on their way back to Palma – an area next to gas projects that was hit by deadly Islamist attacks in March.

But the UN wants some principles it considers fundamental to be established first so that those displaced by the conflict can return home.

This includes civilians desiring to return being able to do it voluntarily and without being part of military convoys – which the UN says could make the population and humanitarian agencies a target.

Besides the uncertainty about the insurgents, the UN also notes that areas destroyed by militants need to be fixed and services restored to allow people to return gradually.