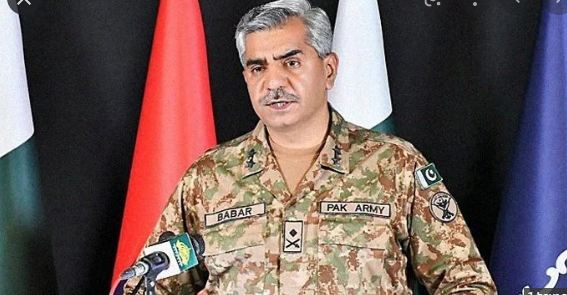 In an interview with a local news outlet, the DG ISPR said that currently they have no reason to doubt the intentions of Taliban and are bringing improvement in border management.

“We will soon secure our border and despite difficulties, we have so far completed 90 percent fencing at the Pak-Afghan border,” he said adding that Taliban have reiterated multiple times that Afghan soil would not be used against any country.

Speaking regarding fake news being propagated by Indian media, Lieutenant General Babar Iftikhar said that their outlets have promoted fake news, which has become a source of ridicule for them on international platforms.

“There are even some Indian journalists who have condemned fake news propagated by their local media outlets,” he said.

The DG ISPR had previously said in a presser soon after the Taliban takeover that Pakistan reached out to assist the Afghan government on a number of occasions, including offering their military help with training, because the peace in Afghanistan is directly linked with that of our country.

Major General Babar Iftikhar said the Pakistan military top brass called on the Afghan government about seven times while it was still in power. Our army chief visited Afghanistan four times and we even offered them an intelligence-sharing deal but Afghanistan preferred to train thousands of its troops from the Indian army, DG ISPR said. = DNA