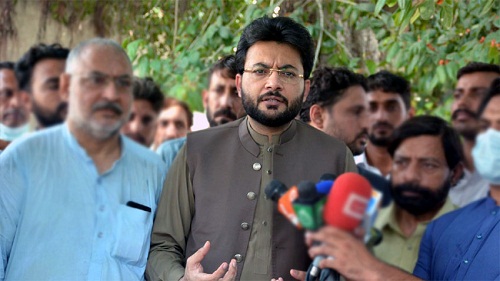 Islamabad : Minister of State for Information and Broadcasting, Farrukh Habib says Pakistan is pursuing an independent foreign policy which resulted in its recognition at international level.

He was talking to the media after distributing interest-free small loan cheques among the needy people in Faisalabad.

Farrukh Habib also strongly criticized PML-N leader Maryam Nawaz, saying that she presented the situation that emerged after unilateral cancellation of tour by New Zealand Cricket team to Pakistan in a strange way.

He said those who have fled out of the country must not interpret this situation with Pak integrity.

Farrukh Habib urged the opposition parties particularly the PML-N to shun myopic approach and promote nationalism to elevate the image of Pakistan at international level.