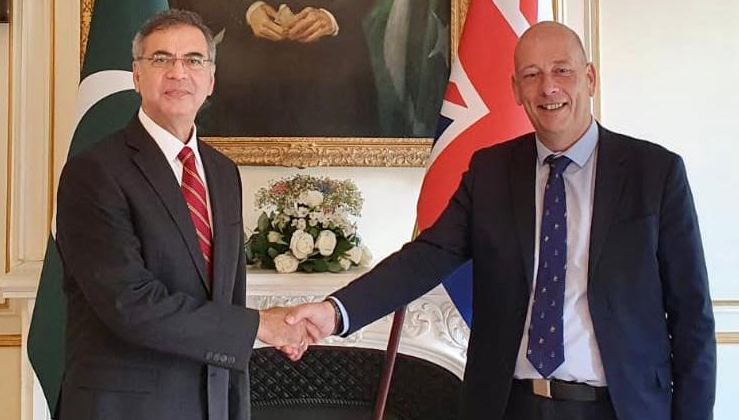 LONDON, SEPT 17 (DNA) – High Commissioner Moazzam Ahmad Khan met with UK’s Trade Envoy for Pakistan, Mark Eastwood MP at the Pakistan High Commission.
The High Commissioner felicitated the newly appointed Trade Envoy and hoped that his appointment would further strengthen Pakistan-UK trade ties and would yield tangible outcomes.
They discussed the current magnitude of trade and investment between the two countries and expressed their satisfaction over the upward trajectory in growth. However, they noted that the current level of trade didn’t commensurate with the trade potential of the two countries.
It was agreed that new avenues of trade cooperation, and enhancement of bilateral investment shall be explored and joint efforts shall be made to exploit them. They also emphasized on the need to work together on trade facilitation and breaking down trade barriers to increase the volume of bilateral trade.