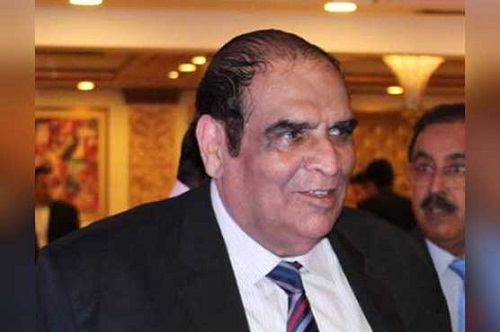 Talking to a delegation of traders led by Muhammad Saddique Kamboh he said inter regional trade in South Asia is less than one third of its potential which indicates 67 percent of trade is not being fully exploited. Other members of the delegation included Muhammad Adrees,Muhammad Nadeem,Muhammad Shafique and Muhammad Naeem.

He said role of Afghanistan as a connector and as land bridge between Central Asia, the Middle East and South Asia needs to be reviewed in prevailing scenario to primarily focus on promotion of trade and investment.He said even today, Afghanistan is seen as a viable doorway to south Asian countries for direct access to oil and gas of republics of Tajikistan,Turkmenistan and Uzbekistan.

He said better trade ties will help promote economic growth and to do away with abject poverty in the region especially in Afghanistan thus enhancing its cross border and transit trade with neighbouring countries.He said poor trade facilitation at borders and prevalence of a variety of non tariff barriers are major hurdles in further enhancing mutual trade manifolds with Afghanistan.

Iftikhar Ali Malik said at the moment what we need is  total up gradation and strengthening of existing facilitation, handling and clearance of transport and trade at the Pak-Afghan land borders besides consolidation of initiatives taken by new regime of Taliban. He said Pakistan after Iran and China is third largest trading partner of Afghanistan which exports cement,pharmaceuticals products,sulphur,stone,plaster,peel of  citrus fruit, melon, vegetable fats, edible fruits and oil etc.