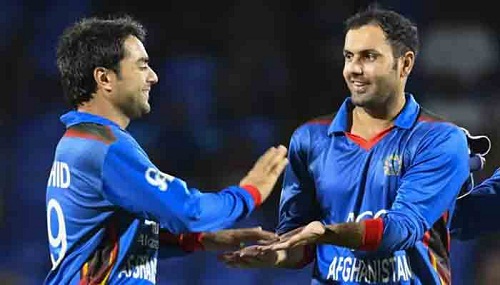 KABUL : The Afghanistan Cricket Board (ACB) has accepted the resignation of Rashid Khan as captain and appointed Mohammad Nabi as the new skipper for the upcoming T20 World Cup, the Afghan Taliban said Friday.

The ACB took the decision after Rashid Khan announced that he is stepping down from the role, complaining that he was not consulted over the team selection.

“As the captain and responsible person for the nation, I reserve the right to be part of the selection of the team. The selection committee and ACB has not obtained my consent for the team which has been announced by ACB media,” Rashid Khan had said in a major blow to Afghanistan’s prospects in the mega event.

The T20 World Cup will be the first international tournament where Afghanistan cricket is scheduled to participate since the Taliban takeover last month. The new rulers, however, have expressed full support to the men’s team, but their opposition to women’s sports has raised eyebrows across the world.

“I am taking the decision of stepping down from the role as the captain of Afghanistan T20 side effective immediately,” he had tweeted.

Rashid Khan was part of a spin-heavy roster announced for this autumn’s tournament, joining fellow all-rounders Mohammad Nabi and Sharafuddin Ashraf in the squad.

Meanwhile, Mohammad Nabi has welcomed the ACB decision, saying he admired the decision of the board for the announcement of leading the National Cricket Team in T20 Format.

“InshaAllah together we will present a great picture of the Nation in the upcoming T20 World Cup,” he added.

Afghanistan’s tournament starts in Sharjah on 25 October against one of two of the qualifying teams in Group B.

Khan and company will also face India, New Zealand and Pakistan in the group stage.

CHRIS GAYLE IS COMING TO PAKISTAN