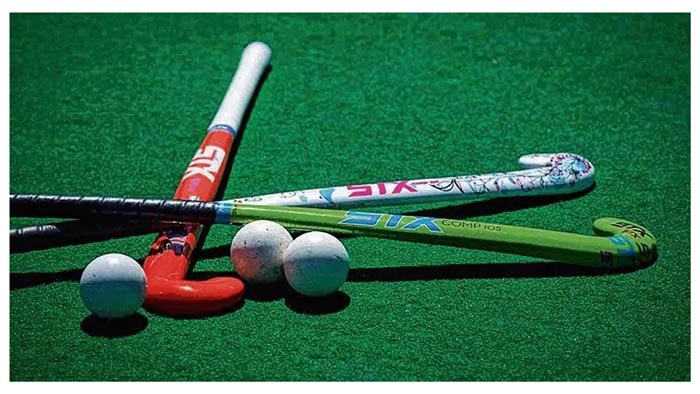 ISLAMABAD, Sep 10: The National Assembly Standing Committee on Inter Provincial Coordination (IPC) recommended that the federal government should allocate Rs. 1000 million annual grant for the revival of national game Hockey and government monitor these funds itself for uplifting hockey in the country.

Under the chairmanship of Nawab Sher, the standing committee meeting was held at Parliament house discussed the reasons of sports decline in the country as well as detailed briefing were given by the Pakistan Olympic Association (POA) and Pakistan Hockey Federation (PHF) to the committee.

In the meeting, the chairman committee Nawab Sher said that we have declined in sports and we need to find out the reasons for it. “Our national game hockey has also suffered a lot and has lost its international glory,” he said. To which, the Pakistan Hockey Federation (PHF) Secretary Asif Bajwa briefed the committee members about the downfall of the national game.
“The change from the grass field to astro-turf is a major reason for the downfall of the game as we didn’t adopt the type of infrastructure,” Bajwa said, adding that in a country like Holland which is even smaller than our city Lahore there were 1650 astro-turfs which were registered with the Dutch Hockey.
“It has 12,000 high performance men and women players,” he said and added that India also spends a hefty amount on its national hockey team. He was of the view that Pakistan lacks funds and infrastructure which was the reason for the national game’s downfall.
“We have 10 to 12 astro-turfs on which hockey is playable. In the 1990s when sports was separated from education it also caused a major blow to the national game as it was not being played in schools, colleges etc.” To a question, he said that PHF’s audit was done on regular basis and we give $10,000 as fees to the International and Asian hockey federation.
He said that when the government stops the financial assistance, hockey falls down and our foreign coaches went back as we failed to pay them salaries due to lack of funds

Bajwa told the committee that the Indian government has invested Rs 2.5 billion in hockey and they were givien maximum support to the Indian hockey team to get medal in Olympics 2021, adding that now we are given our plans to ministry of Inter Provincial Coordination and focusing for the Asian Games to qualify for 2024 Olympic Games.

Iqbal Mohammad Ali Khan, who is active member of the standing committee said that Pakistan Sports Board (PSB) has spent Rs. 220 millions in the name of road repairing. In reply, Director General PSB Col r Asif Zaman said that I am not responsible for the previous works but admitting that blame games are damaging sports, the government will support elite players in sports policy, Jinnah Stadium is going to be renovated after 31 years.

The IPC Secretary Mohsin Mushtaq said after the NFC awards the resource distribution formula was changed. “We were not putting money in sports due to limited resources. In the new national sports policy we are actively pursuing that the provinces should focus on five sports,” he said and added that we can also rope in a foreign coach for the national hockey team.
The IPC Minister Dr Fehmida Mirza said we were bringing in a national sports policy and whoever would represent Pakistan at international level will have to get the No Objection Certificate (NOC) from the government. “In Pakistan sports are being run without governance but we won’t let it happen now,” she said.
MNAs Mehboob Shah, Gul Dad Khan, Gul Zafar Khan, Haji Imtiaz Ahmed Choudhary, Ms. Rubina Jamil, Khurram Shehzad, Mst Shaheen Naz Saifullah, Malik Fakhar Zaman, Iqbal Muhammad Ali Khan, Ms Munawra Bibi Baloch, Syeda Nosheen Iftikhar, Ch. Zulfiqar Ali Bhinder, Rana Mubashir Iqbal, Muhammad Afzal Khokhar, Rasheed Ahmad Khan, Zulfiqar Ali Behan, Ms. Shahida Rehmani, Ms. Nasiba Channa and Syed Faiz ul Hassan and other officials were also present on the occasion.