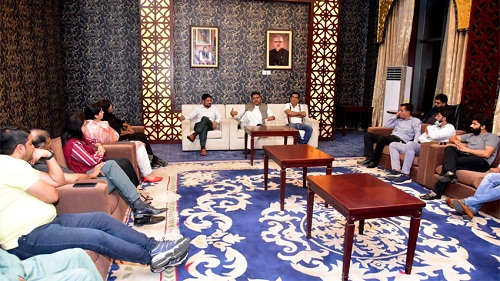 Islamabad : Minister for Information and Broadcasting Chaudhary Fawad Hussain has said the government firmly believes in freedom of media.

Talking to the office bearers of Rawalpindi-Islamabad Union of Journalists, he assured to address reservations regarding the proposed Pakistan Media Development Authority bill.

He said we are ready for amendments in the bill except on the issue of fake news and media workers’ rights.   He said laws of five countries were studied for the establishment of Pakistan Media Development Authority.

The Information Minister said ours is the first government which has taken steps for the protection of rights of media workers.

He said we are taking every possible step for the welfare of journalists.

The journalists’ body assured full cooperation to the government for measures aimed at protecting rights of media workers.