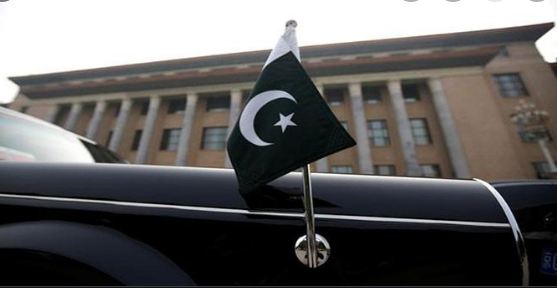 By Ali Furqan
ISLAMABAD, SEPT 7 (DNA) – Pakistan has conveyed it’s strong reservations and concerns to the Britain government about continued placement of its citizens on COVID-19 Red List.
Diplomatic souces told Islamabad Post that the political leadership of Pakistan shared their concerns to the British Foreign Secretary Dominic Raab during his Islamabad visit last week.
During his two days visit Dominic Raab met with the prime minister Imran Khan, Foreign Minister Shah Mahmood Qureshi and Army Chief General Qamar Javed Bajwa.
Souces says that Islamabad has placed recommendations for the immediate removal of Pakistan’s name from the red list.
Pakistan recoments to allow pessangers who are fully vaccinated to travel as well as having a prior COVID-19 negative test report.
Islamabad also suggested rapid COVID-19 tests on the airports for the satisfaction of the British authorities.
According to sources the British Foreign Secretary did not objected and assure the Pakistani leadership to take up their concerns with the Prime Minister Boris Johnson and other concen departments.
Dominic Raab responded that Pakistan’s suggestions would duly be considered and responded back in next week.
Following the British Foreign Secretary’s assurance the Prime Ministers special assistant on health Faisal Sultan talked to his counterpart and discuss Pakistan’s coronavirus testing mechanism.
Sources in the British embassy in Islamabad told Islamabad Post that the COVID-19 data provided by the Pakistan was not scientifically accepted by their medical scientists.
He says that their is big gap between the COVID-19 patients ratio and the number of deaths in Pakistan which is scientifically defficult to accept.