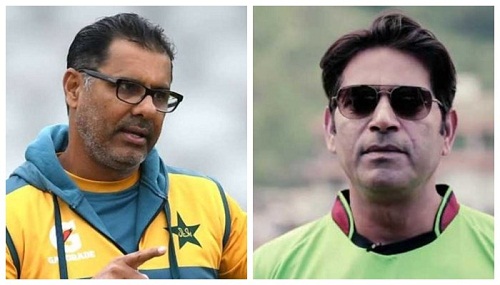 “Whenever Waqar Younis quit coaching, he went back to commentating on cricket,” said Javed. “He does only two things–coaching and commentating. [As far as coaching goes] he hasn’t learned that so I would say it’s better if he focuses on learning how to coach [this time],” he added.

The former bowler shared his opinion on the resignations of Pakistani coaches who had stepped down from their roles after developing differences with the Pakistan Cricket Board (PCB) over the selection of the squad for the T20 World Cup.

He said Waqar Younis had coached the national squad five times over the last 15 years as either head coach or the bowling coach.

“Even a player doesn’t make so many comebacks to the squad [as Waqar Younis did],” he said. “But here, coaches are making comebacks.”

Javed said he was against the board’s hiring process, wondering why people who were not professional coaches were appointed to coach the national squad.

He said Pakistan is likely to appoint foreign coaches for the national team, given that the board has not done much to groom coaches in the domestic circuit.

“Neither do we have ‘A’ team coaches nor do we have quality coaches at the National High Performance Centre,” he lamented. “All coaches working there are not even qualified.”

Javed said the PCB had a way of appointing coaches, adding that it picked cricketers who were stellar batsmen and thought they could also teach others how to bat.

He said people who were appointed without any professional coaching training, such as even Javed Miandad, failed to succeed because “playing and coaching are two different fields.”

“I had said that this was the worst decision as someone who had never coached a single day in his life was appointed the national team’s head coach,” Aqib Javed said while speaking about Misbah’s appointment as head coach.