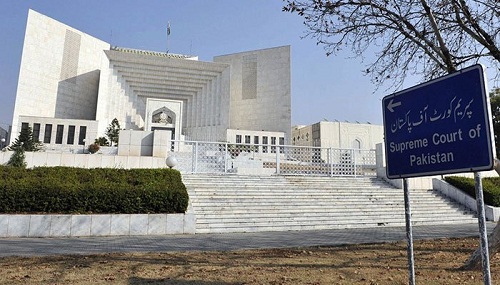 ISLAMABAD: The Supreme Court (SC) on Friday directed the auditor general of Pakistan (AGP) to conduct audit of the Old Gulf Club, owned by Pakistan Railways.

A three-member bench of SC headed by the acting chief justice of Pakistan while showing the resentment over the non-issuance of the tender for the lease of the Old Gulf Club remarked why the authorities have failed in releasing the tender despite the passage of two and half years.

Justice Ijazul Ahsan asked the railway authorities how long it will take to release the lease tender for the Gulf Club. He further remarked that the advisor to the railways’ minister has started looting the national assets soon after his appointment.

New staff has been recruited in the Gulf Club by expelling the old one while the advisor is also giving honorary membership of the club, Justice Ahsan asked.

“Where are the international investors who were roaming along with briefcases” he was quoted as saying during the hearing.

Later, the SC directed the private company to complete its ongoing audit soon also directed the AGP to initiate an audit of the Old Gulf Club.

The hearing was adjourned for an indefinite period.

Following the orders of the Supreme Court (SC), last month, the Interior Ministry had placed Shahrukh Khan, advisor and head of the Royal Palm Golf and Country Club, owned by the Pakistan Railways (PR) on the Exit Control List (ECL), citing well-informed sources.