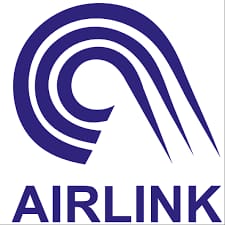 The Air Link also distributes iPhone, Samsung, Huawei and Xiaomi handsets in Pakistan. JS Global Capital is the book runner to the IPO. In an announcement on social media over the weekend, JS Global CEO Kamran Nasir said that it will be the biggest ever IPO in Pakistan. In 2019, Faisalabad-based textiles manufacturer Interloop Ltd. raised Rs5.025 billion through the IPO.

Air Link is offering 90 million shares, which will constitute 25% of the total post-IPO paid-up capital, at the floor price of Rs65, with a price band of 40% above the floor price, according to the prospectus.

The IPO could value the firm at around Rs 25 billion, as per analysts. Book Building to the IPO will take place on August 30 and August 31, in which the investors will be eligible to subscribe 75% of shares.  The remaining shares will later be offered to retail investors on September 6 and 7, according to the prospectus.

Air Link has installed 8 assembly lines at its Lahore facility with a production capacity of 500,000 to 800,000 smartphones and feature phone sets per month, as per details on the official website of the firm.

The facility has employed over 1,000 engineers and skilled workers. The firm also plans to venture into manufacturing and export of Chinese mobile phone brands, Muzzaffar H. Piracha, CEO of Air Link says in a video on the company’s website. Muzzaffar further said he was grateful to everyone for their unwavering support and trust in Air Link Communication.

He also thanked Prime Minister Imran Khan and his team for providing a comprehensive policy that aims to incentivize local manufacturing of mobile phones in Pakistan.

In April this year, the prominent footwear exporter Service Global Footwear Ltd., raised Rs2.175 billion through an IPO to fund its joint venture with China’s Long March Tyres. The IPO was over subscribed by 5.8 times. The Air Link IPO is expected to attract institutional as well as high net worth individuals in huge numbers, JS Global CEO Kamran Nasir said.

The company intends to expand its sales outlets on over the rising demand for smartphones in the country.