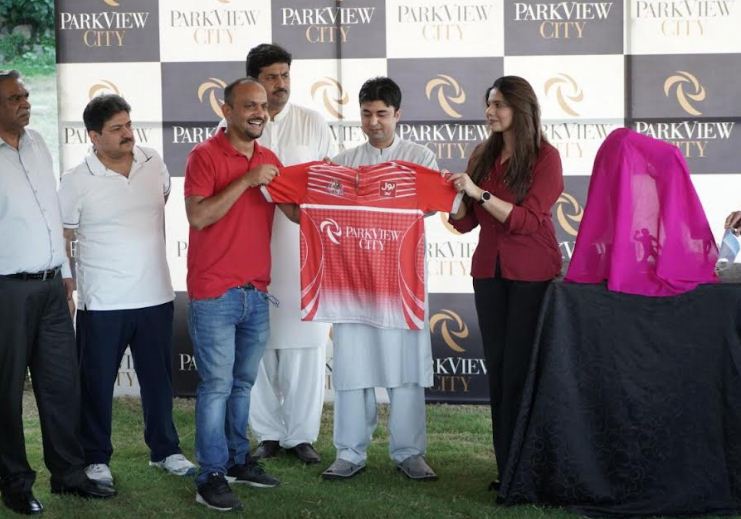 ISLAMABAD: Federal Minister for Communication and Postal Services Murad Saeed criticizing the Indian government behaviour meant to discourage foreign players from taking part in the Kashmir Premier League (KPL) as they are  afraid of KPL popularity.

He was speaking during the unveiling ceremony of first RISJA Inter-Media Independence Cup cricket tournament  with the collaboration of Park View at the National Ground on Saturday.
Speaking on the occasion the Minister expressed excitement on the Rawalpindi-Islamabad Sports Journalists Association (RISJA) decision to hold an Inter-Media event. “Journalists stay busy all the time, keeping the country updated on news. They also need entertainment. I hope that the event will help them to have some fun.”
Murad Saeed said he always supported healthy activities. “By such a way you stay active and healthy which is important.”
He thanked sponsors Park View and RISJA for making efforts to orgnanise the event.
Murad Saeeed criticized Indian government behaviour meant to discourage foreign players from taking part in the Kashmir Premier League (KPL). “The Indian government and their cricketing board behaviour clearly mean that they are afraid of KPL popularity. They are using negative tactics to pressurize foreign players which is totally unjust.”
Former Pakistan Cricket Board (PCB) Governing Board member Shakil Sheikh also spoke on the occasion and highlighted the importance of sports events for journalists. “It is encouraging to see all leading media houses taking part in the event.”
Chairman RISJA Mohi Shah thanked guests for taking time out. President RISJA Ayaz Akbar highlighted salient features of the event.
Rs half a million will be awarded to the winner of the event while Rs quarter million will be given to the runners up. The are also cash prizes for the Bowler of the Tournament, Batsmen of the Tournament and Man of the Match for each match.
Ten teams have been divided into two Groups while Zain Qureshi (MNA) will lead the Parliamentarian team. The star-studded Parliamentarian team will be included by all leading MNAs who were part of the team that won the international tournament held in England in 2018.