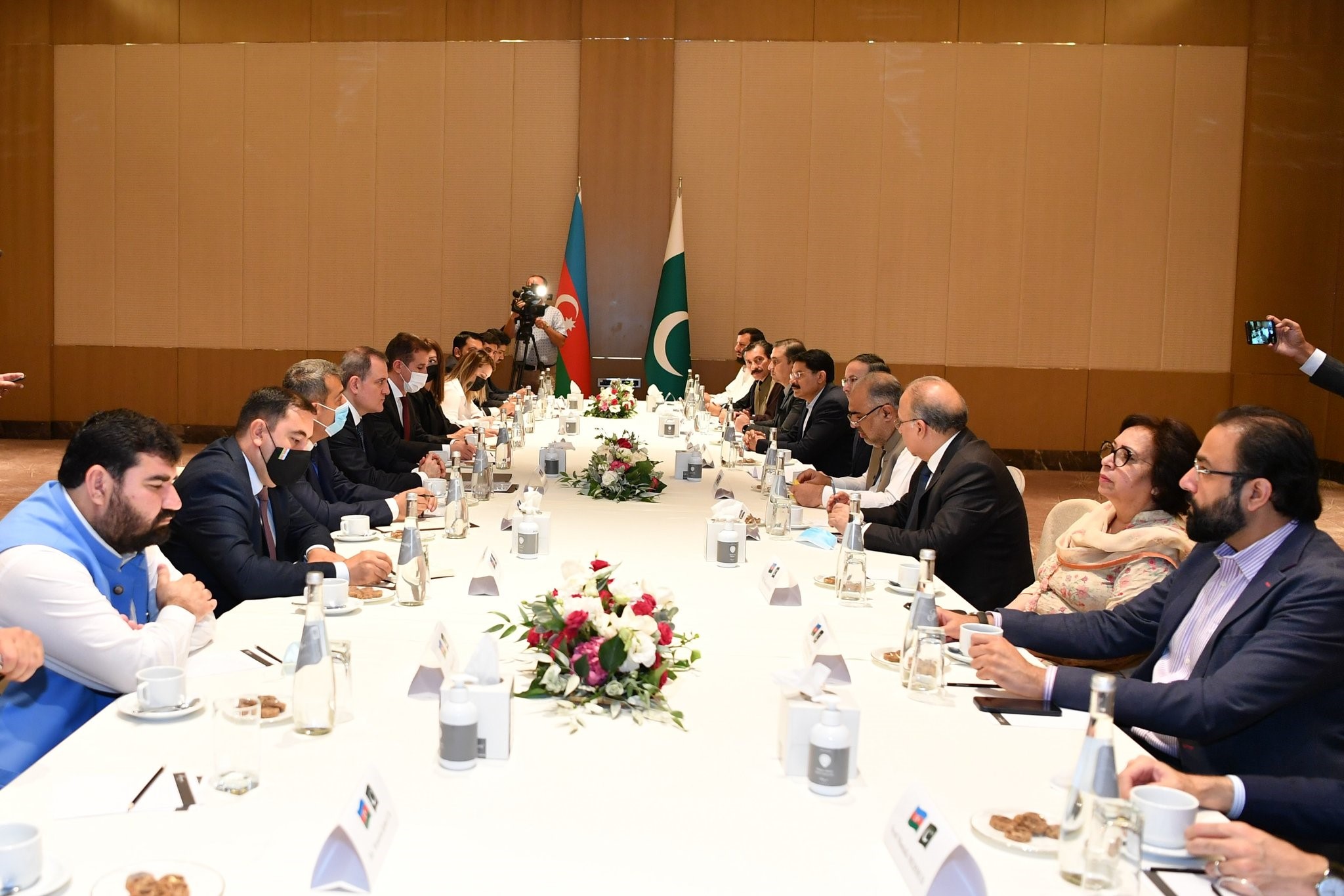 BAKU: Speaker of National Assembly congratulates the Foreign Minister of Azerbaijan on the victory in the 44 Day patriotic war, in the meeting held at the Fairmount Hotel, on Wednesday. The Speaker extended his good wishes to both the President and Prime Minister of Azerbaijan, along with sharing the highlights of the successful First Trilateral Speakers’ Conference with the Foreign Minister.

In the meeting the Speak briefed the Foreign Misiter Bayramov on the situation of the Illegally Occupied Jammu & Kashmir, and thanked for the unflinching support of Azerbaijan to Pakistan on this international dispute. He also praised Azerbaijan on its public stance for standing with Pakistan at multilateral fora in raising its voice against the systematic human rights violations in the Indian Occupied Jammu & Kashmir.The expansion of bilateral ties were discussed where it was highlighted that the engagement in the areas of economy and trade, health, education, climate change and interaction between people needs to be intensified.

The Speaker noted that travel for business and students should be facilitated and prioritized, the Foreign Minister was encouraged to facilitate the entry of Pakistani students that are already enrolled in the various universities of Azerbaijan. The Foreign Minister was also briefed on the Pakistan’s initiative to deal with Climate Change by the MNA Ms. Munazza Hassan. Foreign Minister Bayramov congratulated the Speaker upon his participation in the conference and also extended his gratituted to Pakistan for supporting Azerbaijan in regards to territorial integrity. Foreign Minister Bayramov briefed the Pakistani delegation regarding his visit to Pakistan in January this year where the Two Foreign Minister agreed upon expanding the bilateral ties concerning trade, economy, culture and interaction between people.