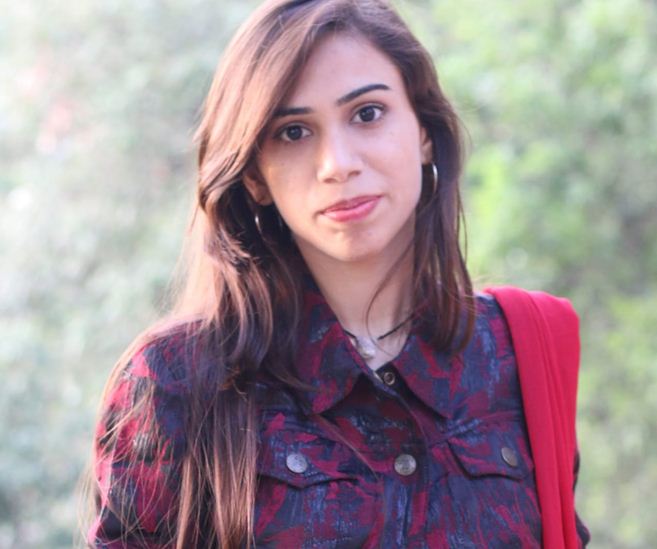 Asserting “Architects of our destruction” is not wrong for this issue. Lands, waterbodies and seasons are our world’s greatest treasures. They are critical to our climate and provide a livelihood to around a billion people in and around them.

Climate change is the greatest threat to our planet basically, it is expounded as the average temperature and weather conditions at a particular place over time about 11 to 40 years. It is comprised of several factors which consist behavior of winds, air pressure and temperature etc. Today human activities have influenced climate change directly or indirectly on this planet. The major contributors of climate abnormalities are emissions of combustion of fossil fuels and industrialization which affects the composition of the global atmosphere.

Thus it became distinctively clear how human activities have contributed to global warming over the years. Ever since the industrial revolution man has kept advancing, over a century and a half of industrialization, deforestation, large scale agriculture, we have reached the point where the amount of greenhouse gasses in the air is more than what it ever was in three million years. These greenhouse gasses increase the temperature of our environment, resulting in large amounts of glaciers melting all over the world risking massive floods, threats of extinction of wildlife and in general a hotter environment all around the globe.

Pakistan “The Land of Pure” is witnessing a scale of destruction and devastation. Long live Zindabad Pakistan is at the utmost terrifying stage. It is among the countries that are going to see catastrophic consequences if temperatures continue to rise. Land of beauty has moved from water affluent country to stress country, plains to barrens.

Though our nation contributes less than 1 percent of the world’s greenhouse gases, it is most likely to be affected by changing climate. It is at greatest risk for a fact it is lagging in 13th SDG ; Climate Action, one of the main targets of Sustainable Development Goals. Pakistan is at the point where any slight increase in temperature will have harsh results.

Southern Pakistan (Sindh in particular) has been facing heat waves for many years which is a symptom of Global Climate Change. Similarly, droughts have reduced the river flow resulting in disruptions of agriculture which in turn affected Pakistan’s economy, food production and necessities of life. Climate change has emerged as an important driving force behind floods in Pakistan.

Floods have not only displaced about 20 million people and their properties but also affected the Indus River basin by heavy monsoon rains. Coastal areas of Karachi, Badin and Thatta have also been threatened because of rising sea levels by global warming. Shivering effects of Climate Change on Pakistan such as the recession of Himalayan glaciers, monsoon rains, extreme events of heat strokes, floods, droughts, destruction of the irrigation system, low yield of crops, degradation of ecosystems and shifting of biomes has been multiplying day by day.

The major sources of GHG (Greenhouse Gases) emissions in Pakistan are the Energy and agriculture sector. It has been our government’s prime responsibility to have laws and procedures in place to follow for the reduction of GHG emissions and control the amount of pollution in the air. We should take major steps towards this cause. These are essential building blocks on which the foundation of our industry will survive for the decades to come.

In Pakistan, various initiatives such as Green Pakistan Program, Billion Tree Tsunami Program, Sustainable Forest Management Rehabilitation of Indus Delta Mangroves for Future Program are underway to deal with deforestation to promote sustainable forest management across the country. Both adaption and mitigation are reflected in the country’s policy and implementation approach.

Moreover, programs such as “Clean and Green Pakistan” and “Recharge Pakistan” have been launched. Several projects are also working side by side as Project Clean-Green and Green Hope under British Council Citizens Program, that aims to create awareness among youth and communities on climate crisis. Thus, these countrywide tree plantation drives provide a natural solution to restore depleted forest and mitigate climate change.

For the mitigation of GHG emissions, many companies and institutes host a green drive every month, where they plant trees in their vicinity. Planting more and more trees is the most natural solution to the growing environmental threats to our planet. The new regulations set by certain governments force the big car manufacturers like Toyota to design cars that pass their carbon emission requirements. Those models are then sold across the globe benefitting everyone. Nowadays we do not see cars with smoke coming out of their tailpipes, this was not a regular feature until a decade ago. Factories are not planted in the vicinity of residential areas but rather in the outskirts of cities to provide cleaner air for people to breathe. GHG emissions not only contribute to climate change but the harmful toxins in the air cause many respiratory issues as well. These steps are surely slowing down the process but are not enough to stop and restore the balance of our environment. We must proceed towards a cleaner future. Electric vehicles, improved methods of agriculture production, a new sustainable renewable energy source, these are just a few things which will ensure a better future for generations to come, provided we act now.

It has taken man centuries of ignorance to bring us to a point where we cannot avoid it anymore and it will take several decades to fix it – if we act now. Global warming is a worldwide occurring phenomenon and it affects the whole world, and this is a time we truly accept it and do act towards a better tomorrow than today for long live Pakistan.

(The writer is student of BS (Centre of Environmental Sciences) University of Sindh, Jamshoro).