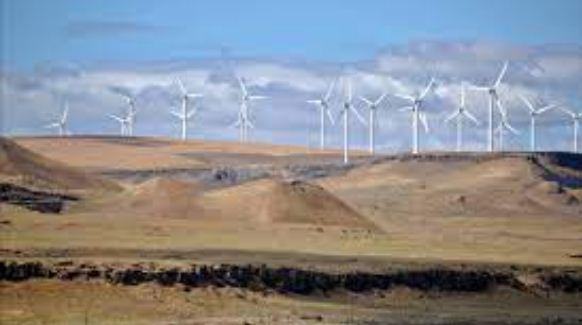 ISLAMABAD, Jul.25 (): Renewable energy production in Pakistan is getting increased and will soon account for seven percent of the total electricity generated in the country.

This  was stated by the Chief Executive Officer of the Alternative Development Board (AEDB), Shah Jahan Mirza while speaking at the International Renewable Energy Conference organized here at a local hotel,

On this occasion, Mian Ghulam Mohiuddin Ahmad, CEO of SGS Electrical Company, said that his company had been working hard to help the Pakistani fan industry adopt the necessary technological innovations to save electricity through their appliances.

He said that his company has introduced a fan in the Pakistani market, which was capable of saving up to 80 percent electricity to the benefit of the power consumers.

Sharing his views with the participants of the meeting, the CEO of Prosun Solar, Muhammad Tahir, said that his company had been making efforts to introduce special solar-powered appliances for areas of Pakistan that were off-grid and didn’t have electricity.

“Our company is also working with the concerned regulatory authorities of the energy sector to prevent the sale and usage of substandard solar equipment and products in the country. The solar energy sector has a bright future in Pakistan,” he said.

CEOs of solar and wind power generating companies also bring forward the issue of circular debt which, in their opinion, was shaking the confidence of investors in Pakistan.

Responding to a question, Chairman AEDB SHAH JAHAN Mirza said that government is facilitating and encouraging companies to invest in solar and wind power projects.

He said AEDB had been making progress to introduce the system of international competitive bidding to promote electricity generation through clean resources in the country.

“Although we have an ambitious target of clean electricity generation in the country we will try our best to achieve it,” said the AEDB chief.

“We have been waiting for the finalization of the generation expansion plan by the government as this would be helpful to determine the exact need to generate clean electricity to overcome the energy shortfall in the country. He assured the participants that more electricity would be drawn from the wind and solar power projects already functional in the country with an increase in national energy demand.

Speaking on the occasion, Naeem Qureshi of Energy Update, stressed the need for greater interaction and dialogue between concerned stakeholders of the government and private sectors to promote the cause of clean power generation in the country.