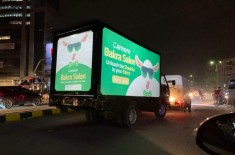 PESHAWAR, Jul 20 :Two children of a family died in their sleep while three other children and wife and husband sustained multiple injuries after the roof of their house collapsed in Kamal Khel village of district Kohat due to heavy downpour in the city, Police informed.

The incident happened late at night and due to flash floods in the area the Rescue teams were facing difficulties in recoveries of dead bodies, however the injured were recovered safely.

The Police said that the family belonged to Khyber district and was settled in Kamal Khel village here.

Meanwhile the Police reported that the roof of a shop in Tehsil Lachi also caved in due to torrential rains however no loss of human life was reported.